I often travel to the Middle East and a question I get asked all the time is: “What is going to happen with Brexit?” My answer is always the same: “My guess is as good as yours.” 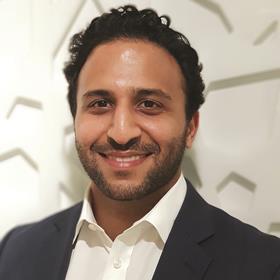 Will we see a hard Brexit? A soft one? Or even no Brexit at all? The outcome of the UK’s 2016 vote to depart from the EU is a major cause of concern for legions of investors worldwide. This is particularly crucial in a sector such as real estate, where political crosswinds can have an enormous impact on investment decisions.

So what are the prospects for Middle Eastern investors in the post-Brexit UK?

Historically, London has always been a destination of choice for Middle Eastern investors. This was due to a number of factors, including: the English language; the country’s political stability; its respected banking, judicial and financial system; and its proximity to the Middle East compared with the US.

In June 2016, after the EU referendum, the pound crashed and as a consequence an unprecedented amount of overseas money flowed into the UK. During the whole of 2017, a staggering £26bn was transacted in London – a 35% increase on the previous year and a record figure that saw the city top the list of the world’s most popular investment destinations.

A significant portion of that money came from the Middle East and not only focused on London but the UK regions too. Currency fluctuation played a very important part in that Middle Eastern investors could obtain a sudden discount on UK property.

To understand buyers’ psychology, we have to keep in mind that back then we were at least two years away from Brexit – seemingly ample time for the UK to sort things out. Also, many believed sterling would go back to pre-referendum levels once the Brexit process was over. This explains the increased activity right after the referendum, which was viewed as a great opportunity – and potentially a small-window one. 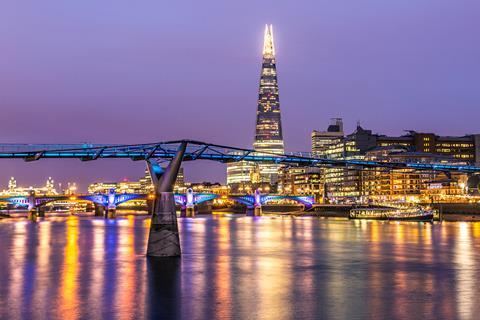 However, things have changed. Now that we are technically very close to the last stages of Brexit, currency fluctuation is less significant than before. It is true that it perhaps plays a more important role in residential investments. Private investors who buy homes for their own occupation take a long-term view on these purchases, often aiming to pass them on to the next generation.

Therefore, the combination of a price discount and the weakening of the prime residential market are generally welcomed. Commercial property, in contrast, typically has an average hold period of five years on income-generating assets.

Overall there is an unusual quietness in the London commercial investment market, the causes of which are to be found right across the table: many investors are choosing to hold cash and invest once Brexit is done, while many sellers are opting not to sell before Brexit and wait until the market is more active.

Prices are not necessarily down in the London commercial property market, which is probably due to lack of supply, but if sellers do decide to sell, they will face the same problem some buyers face now: where do you put the cash from the proceeds of the sale? Also, in a more active market, they may get more bids, which would drive up the achieved sale price.

Who can blame investors for being cautious? Three years have passed and Brexit is yet to materialise. The continued uncertainty is paralysing investors’ decisions and while the majority believe the UK’s fundamentals are strong, many are adopting a ‘wait and see’ approach to investing. Experienced investors with significant UK holdings are the most active, while passive investors or new entrants are the most cautious.

The geographic origin of buyers has changed, too. Saudi Arabian investors, who have always invested in the UK, seem less fazed by what is going on now than investors from other Gulf states. As a result, banks and asset managers continue to focus on Saudi investors, who are placing more importance on diversification –and the UK is the perfect place to diversify. We are also seeing increased interest from female Saudi investors.

More ‘traditional’ or institutional investors, such as those from Qatar, Kuwait and Bahrain, despite being still relatively active, remain cautious. There is little evidence of activity from the two remaining countries of the Gulf Cooperation Council (GCC), the UAE and Oman. We are likely to see more investment from the latter, as Omani investors are keen to partner with UK institutions. Investors from the UAE seem to be focusing more on their local market instead.

In general, although the slump in oil prices has affected sovereign wealth funds’ spending power, the desire among private investors and investment houses in the region to invest in London and regional real estate remains strong.

”The continued uncertainty over Brexit is paralysing investors’ decisions and while the majority believe the UK’s fundamentals are strong, many are adopting a ‘wait and see’ approach”

Private investors are growing more sophisticated and instead of going after trophy assets, they now focus on income-generating ones, anchored by investment-grade tenants. The most experienced ones have been investing for a while and better understand the market. This trend will continue regardless of Brexit. Offices, industrial and logistics and student accommodation offer the best returns and are the most sought-after.

A sector in which there is little or no interest is retail, which is going through a restructuring phase mainly due to the impact of online shopping.

There are other issues in play. A series of ripple effects caused by the Brexit gridlock are particularly worrying. In many ways, the prospect of a Labour government headed by Jeremy Corbyn is a bigger cause of concern than the country’s departure from the EU. Corbyn’s party is widely considered averse to business and what is more has repeatedly made announcements against what it calls ‘the super-rich’ and ‘big corporations’.

Investors fear that a Labour government would raise capital gains and property taxes. A CBRE director recently called this risk “Corbyn-dioxide”: a “new toxin”, “possibly quite deadly” involving “a powerful cocktail of high taxes, higher regulation and potential renationalisation”. If some investors have already priced Brexit in and understand its potential implications, the consequences of a Corbyn-led government are much more unpredictable.

Other factors unrelated to Brexit have the potential to equally affect investors’ decisions, the most important of which are tax-related. New tax changes surrounding interest deductions will come into force in April 2020 and it was announced in the last Budget that overseas investors will pay corporation tax on rental income. This announcement, which could result in further restrictions on deductions, is a massive concern for which we don’t yet have a clear answer. What is clear is that the UK is likely to have a less attractive tax regime for foreign investors.

Another aspect that worries investors is the direction of travel for interest rates, which the Bank of England has driven to historic lows, something that is not expected to change in the near future. Ongoing Brexit uncertainty is one of the reasons cited by the bank for the prolonged use of such emergency measures, but the low rates are increasingly a source of frustration within business circles.

To summarise, the fundamentals of the UK property market are strong, but so are the headwinds caused by Brexit. All the factors mentioned above that made the UK the number-one destination of choice for Middle Eastern investors are still there. But the prolonged political uncertainty might ultimately force the same investors to put their money elsewhere. We don’t really want to push our luck.