The British high street is at a crossroads. It had been struggling for years, with business rates, the growth of out-of-town retail and online shopping all taking their toll, but then the pandemic hit. 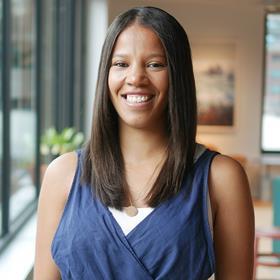 Suddenly, high streets up and down the country were forced to close under lockdown restrictions. Meanwhile, online shopping surged, in a trend that looks unlikely to be reversed.

To make matters more complicated, the government has recently introduced changes to permitted development rights (PDR) that allow developers to convert many high-street units classified as Use Class E into homes.

Given everything it has been through, the high street needs transformation and this new PDR certainly has the potential to make that happen. However, if we’re not careful, it may not be for the better.

Developers are certainly willing to use this new PDR. Data gathered by LandInsight reveals that searches for sites applicable for Use-Class-E-to-residential conversion have rocketed. In April, the month immediately following the announcement of changes to PDR, searches on our database for restaurant and café sites that could be converted to residential use rose 575%, while searches for financial and professional services units for possible residential conversions soared 696.6%.

Searches for office sites for conversion into homes also rose by 80% – a strong increase, but nowhere near as much as for high-street units.

There are many developments where this mix of uses has been shown to work, and this new PDR could bring that mix of uses to high streets across the country

There has been a lot of discussion about what the future of the high street might look like, which is why we wanted to investigate this issue. The initial introduction of PDR has already had a massive impact on residential development, and from our data it looks as if this next round of PDR could also have a big impact on homebuilding.

There are several possible reasons for the wave of interest in this new PDR. The first is that in many ways, high-street units are better suited for residential development than offices. Many are in town and city centres, which are often desirable locations, and because they are on the high street they are close to shops, bars and restaurants.

This, in turn, could be great news for the high-street shops that remain, as more people living nearby means more potential customers. This increase in demand can help to fuel a 24-hour economy in which, rather than being silent, empty spaces after 5pm when shops close, footfall continues well into the evening as bars and restaurants open. 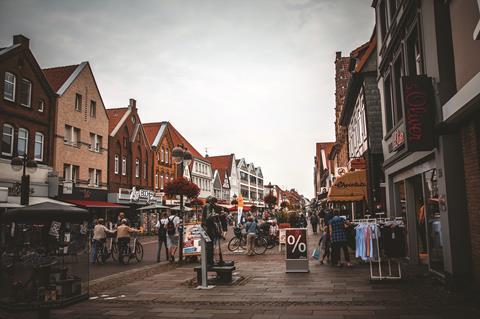 There are many developments where this mix of uses has been shown to work, and this new PDR could bring that mix of uses to high streets across the country.

In addition, some high-street units used to be Victorian homes, which means that switching them to residential use would not mean a complete overhaul of the space, but would instead bring things full circle.

We strongly believe it is better to have uses for units than to have vacant properties, and homes definitely have the potential to inject life back in Britain’s high streets, but there are some causes for concern if high-street residential conversions are allowed to happen in an uncontrolled way.

The first is that there are too many examples of bad-quality homes that were built through PDR in the past. Some office-to-residential conversions have been described as “rabbit hutch” homes and, although the introduction of minimum space requirements for PDR should stop the worst of these conversions, there is still the possibility that unrestrained high-street-to-residential conversions could create similar problems.

The other concern is that once these high-street units are converted to housing, their original use could be lost forever. It is relatively easy to convert shops into restaurants or bars, but when a high-street unit is turned into a home, turning it back is not easy. This could permanently remove jobs and services from a local economy, creating a negative cycle that pushes the high street further into decline. Towns still need proper economic centres.

We are also concerned about the potential for conflict between the developers who, as our data shows, are keen for this sort of development to happen and the councils who are worried that such development would kill off their high streets.

What we need is a balanced approach, in which developers and local authorities push for modest, high-quality residential development on high streets. We need enough homes to bring uses to units landlords would otherwise struggle to find a high- street use for, but not so much that the high street becomes an afterthought in the rush to get as many homes built as possible.

Central government needs to help create this balance. PDR is popular because of the way it allows developers to cut through a lot of the red tape in the planning process, but more stringent guidance is needed from the government on the sort of PDR that is acceptable

There is a crucial difference between high-quality home development that is made viable because of a streamlined system and “rabbit hutch” homes being built en masse with no restrictions.

Our message is that developers’ desire to build homes on the country’s high streets presents an opportunity, and that this could be a great new chapter for PDR. However, central government, local government and developers need to work together to ensure that this new era of PDR changes things for the better, rather than pushing the high street further into decay.

• Size of the market: a search on LandInsight reveals just over 800,000 Use Class E sites under 1,500 sq m (the maximum limit for conversion to resi). The overall retail vacancy rate rose to 14.1% in Q1 2021, a 1.9% rise from the same period last year, according to the BRC-LDC Vacancy Monitor.

• Intention for high street: In April (the month immediately after the Use-Class-E-to-resi announcement), LandInsight saw product searches increase 33% for B1C (light industrial) and fall 2% for A1: Shops (retail).