A sense of perspective

That developers, landlords, occupiers and tenants are increasingly focused on the environmental credentials of their buildings can only be a good thing. The climate crisis we collectively face is, after all, an existential one. Reducing carbon emissions is the number-one priority of our times. 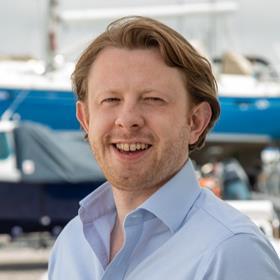 However, that does not mean it does not present challenges. Mobile connectivity is one such issue. Broadly speaking, measures that make it difficult for heat to escape from a building, such as energy-efficient glass and better building materials, also make it harder for the mobile signal generated by external infrastructure to get in. It’s a cruel irony that the better the quality of a building from an environmental perspective, the worse the connectivity becomes.

Many of us know this from day-to-day experience, even if we haven’t stopped to think about it. Visit many of the most prestigious corporate HQs in the City or Canary Wharf and you will find that your visitor’s pass invites you to connect to the building’s wifi. That isn’t because the company concerned is trying to help save you minutes or data; it’s because if you don’t connect you will have poor to non-existent connectivity.

Similar problems occur in buildings such as football stadiums, which normally sit empty but on match days welcome tens of thousands of fans, all of whom want or need to be able to make and receive calls and access the internet. Quite simply, the existing infrastructure developed by mobile providers cannot cope with the volume of demand. In normal times, that is simply annoying, but in the event of a tragedy it could be fatal. Indeed, enhanced connectivity in health and care settings should be seen as a priority for government.

Of course, existing wifi networks, whether in a commercial space or at home, can take some of the strain. But they cannot take all of it –something that the past two years put beyond doubt

However, solutions do exist. Shared Access provides solutions that provide high levels of connectivity throughout buildings. No one solution is the same; rather, it designs bespoke systems that maximise connectivity with all network providers for any given space. Of course, such systems do come at a cost, but the Shared Access business model involves deploying the capital required up front and then collecting an annual fee from the landlord or occupier, depending on who wanted the enhanced connectivity in the first place. It is infrastructure as a service and spread over time is highly affordable to most organisations.

Of course, existing wifi networks, whether in a commercial space or at home, can take some of the strain. But they cannot take all of it – something that the last two years put beyond doubt. As Covid-19 struck and those that could were instructed to work from home, people who had never heard of Teams or Zoom found themselves rapidly downloading apps in order to maintain the ability to, if not meet in person, at least meet colleagues ‘face to face’, as it were.

That placed a tremendous strain on networks. Depending on where you were in the country and the quality of your provider’s service in that area, making a single video call in a household wasn’t too much of a problem. If both partners in a relationship were making separate calls, though, it became more problematic. And if, in addition, the kids were trying to learn online or, more likely, gaming or watching TV online, the situation became downright impossible.

The value of flexibility

Now that lockdowns are, hopefully, behind us, it is tempting to think that everything will return to normal. But that is simply not the case. Hardly any white-collar workers have returned to the office five days a week, which means that high levels of virtual meetings and other events have been maintained and are likely to become a permanent fixture in our lives, so connectivity in offices needs to be top notch.

However, it also means that connections in apartment buildings need to be equally good. After all, who wants their working-from-home privileges to be curtailed because they cannot log in to meetings reliably? For most, the enhanced flexibility in the way they work that has resulted from the pandemic is highly valuable indeed. 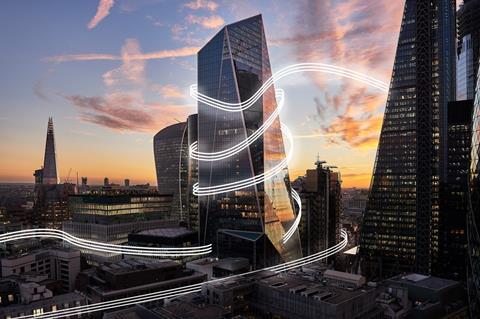 The need for enhanced connectivity is something that both landlords and occupiers increasingly appreciate. Five years ago, most companies understood that their connectivity was inadequate but thought it was the responsibility of the network providers to fix the problem, something that was never going to happen – it simply did not and does not work with the providers’ business models. Post-pandemic, there is a much greater understanding among companies that it is an issue they need to tackle themselves.

The reasons are similar for both landlords and occupiers. Given the state of the job market at the moment, companies are desperate to retain staff. The ‘mass resignation’ prompted by the pandemic is a recognised phenomenon as people tired of the rat race and chose to focus more on their families or long-held passions, even if that involved an income sacrifice. Equally, employees in most sectors can be pretty confident that they could walk into a similar position at a rival firm if they decide their current terms and conditions do not support their desired lifestyle.

So, employers need to ensure that workplaces are sufficiently attractive not just to encourage employees to spend at least some time in the office collaborating with colleagues but to prevent them from leaving altogether.

An adjunct to that is the growing realisation among landlords that they need to work harder to keep the office relevant. That is being done in a variety of ways, but providing leading-edge connectivity has to be a top priority in a world where we are online for an ever-increasing proportion of the day.

Developers and landlords of large residential blocks are a little further behind the curve, for understandable reasons. After all, most inner-city developers’ business models involve building out a development, selling off the units followed by the freehold and then moving on. They do not typically retain a long-term interest that would justify investing in enhanced connectivity.

However, that is changing, especially among build-to-rent developers, whether they intend to hold a development for the foreseeable future or want to sell it to a savvy investor. All the smartest players understand that connectivity, just like sustainability, increasingly influences both rental and capital values. It is no longer where the world is going; in many places, it is where it already is. Investing in connectivity can have a beneficial impact on the bottom line.

Moreover, enhanced connectivity is also essential to maximising the efficiency of how a building, be it commercial or residential, operates. All of those sensors that measure occupancy, energy and water use, maintenance issues and so on depend on robust and reliable connectivity. For landlords especially, enhanced connectivity is an essential part of building a robust environmental, social and governance strategy, something that is an increasingly important criterion for investors.

So, while the technology necessary for providing enhanced connectivity to large buildings has been available for some time, a combination of factors have converged to make it business critical. Future technological innovations will make the case even stronger, but it is already so in the world as it exists today.

• Founded in 2007 with offices in the UK, the Republic of Ireland and Spain

• One of Europe’s leading providers of in-building mobile connectivity

• Trusted supplier to a number of major property, government and sporting organisations

• Delivers connectivity in a wide range of environments including high-profile sports stadiums like Tottenham Hotspur and the Aviva Stadium in Dublin, Newcastle Airport, the Tyne Tunnel and Dundrum Shopping Centre

A sense of perspective