Political uncertainty is a big concern for property

We are in the midst of a time of enormous change, both for the UK as a whole and for the property industry. Political uncertainty continues to dictate the direction of the wider economy and there is still no clear end in sight to this disruption. At the same time, changes to the taxation system and the growing use of technology are reshaping the property sector from the inside. 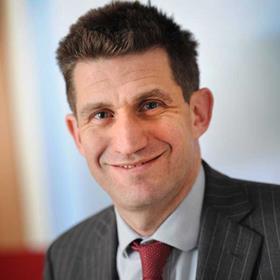 Crowe UK has just published the 2019 edition of its Property and Construction Outlook Report, which assesses the state of play in the sector and asks key stakeholders about which external issues are having the biggest effect on their businesses.

So what do the results show us about how the industry is faring in this time of unprecedented change?

The majority of participants in the survey (37%) work in commercial property businesses, while 31% work in residential businesses. The rest work for banks, legal firms or intermediary organisations such as brokers.

When we asked them what the biggest concern was for their business in the 12 months ahead, the consensus was clear. Political uncertainty and the outcome of the upcoming general election was the answer given by 26% of respondents, while 20% said Brexit negotiations and 16% were most worried about the health of the UK economy. When we did the survey last year, Brexit negotiations were the biggest concern – but these three factors are so closely intertwined that it is difficult not to view them as parts of the same whole.

We also asked respondents whether they had concerns about a no-deal Brexit specifically, to which an overwhelming 73% said they did. When you put this together with last year’s question about which type of Brexit they would prefer – hard, soft, or none, the consensus is plain to see. Then, just 20% said they wanted a hard Brexit, while soft and none both accounted for 40% of the vote. It is clear that the property and construction industries do have concerns about a harder Brexit, or indeed any Brexit.

Clearly, the industry is very concerned about what is happening politically: when we carried out the survey before 2016, the main concerns were things such as planning, finance or tax. 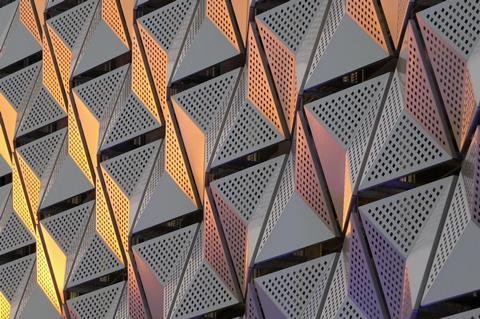 However, from speaking with people in the industry, my personal view is that while the sector as a whole is worried about Brexit, it is generally more worried about the prospect of a very left-wing government. A remainer property investor, if you gave them a choice between leaving on a no-deal and a Corbyn government, may pick the former.

Interestingly, these worries seem to contrast with people’s projections for their own businesses. Only 9% said they expected their business to shrink in size, while 38% said it would stay the same size and more than half, 53%, said it would grow. Although so many respondents forecast that their businesses would grow, the majority also said that property prices would remain relatively flat. Surely these predictions don’t match up?

In reality, some of the respondents were probably being more positive about their businesses than they really feel. People are more than happy to complain about Brexit, but it’s more difficult to say their business is going to shrink or income is going to fall.

That said, the UK economy is still bumbling along: although we are not experiencing rapid growth, we are not in recession. We are experiencing growth of 1.5% per year instead of 2.5% because we’ve got political and economic uncertainty and Brexit, but valuations have remained relatively stable and developers can still access funding. That is why our current situation is not on a par with 2008.

Outside politics and the economy, the survey found that people’s biggest concern was the tax system. When asked whether the UK’s tax system was favourable for property developers and investors, the results were striking: 65% said no, 13% said yes and 22% said they were not sure. The two factors they most took issue with were stamp duty land tax (SDLT), which 48% cited as the biggest tax barrier to business growth, and the complexity of the tax system, which 36% said was their biggest bugbear. The two are clearly linked, as the way stamp duty is calculated is relatively complex.

The property and construction industries are very highly taxed in the UK, with companies paying around double the OECD average. As a sector we are considered easy pickings and it causes a lot of damage. For example, high levels of SDLT mean people don’t move home, so there is no liquidity in the market. If you want to increase the supply of something, taxing it heavily is not the answer.

Boris Johnson has previously signalled his support for bringing down SDLT at the top level; but given the backdrop of political uncertainty it is hard to see the issue getting any airtime in parliament for the foreseeable future.

When we asked which asset class the respondents would most like to invest in, the top two were industrial and residential. The two remaining sectors, retail and offices, were said to be the most impacted by technology, which indicates the kind of major systemic changes that can cause nervousness. The retail market is changing due to the internet and in offices, the move towards co-working is causing a shift in what the customer requires. Office valuations are a bit more positive, however, due to a shortage of supply in major cities.

Industrial and residential, on the other hand, are the least affected by technology – or perhaps another way of looking at it is that they are the most positively affected by it. Amazon has been a huge boost for the industrial sector and modern methods of construction (MMC) are helping residential developers build more efficiently. Our clients are very interested in MMC and although it hasn’t been widely adopted yet I think change is coming.

An interesting contrast to last year’s survey was that there seemed to be a move back to London and the South East when we asked what respondents’ favoured investment locations were. These were named as the top two destinations, followed by the North West. That may be an effect of political uncertainty drawing investors back to the security of the south, or the fact that SDLT has already had the effect it had on London last year and the year before, and market dynamics have shifted accordingly.

One heartening result of the survey was that when asked whether diversity in the property and construction industries would increase, 60% said they thought it would. Although from a low base, things seem to be improving.

Overall, the results of the survey reflect the huge shift that the property and construction industries have undergone since 2016.

Although it is doing its best to carry on with business as usual, it is certainly not boom time at the moment – and a hard-left government or a hard Brexit remain very real concerns.

Crowe is a national audit, tax, advisory and risk firm offering global reach and local expertise. We are an independent member of Crowe Global, the eighth largest accounting network in the world. With exceptional knowledge of the business environment, our professionals share one commitment: to deliver excellence.