Four years after the Planning Act 2008 was introduced to speed up key national infrastructure projects only one application has made it through the process — an energy-from-waste facility in Bedfordshire — but a second could follow in the coming months in Northumberland. 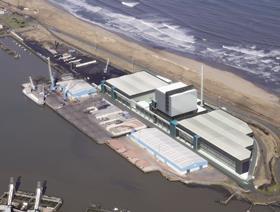 Renewable Energy Systems began talking to Port of Blyth about a biomass project on its shores in autumn 2009. The pair reached an agreement in early 2010 to build a £250m 100MW biomass plant on a 12 acre site on Battleship Wharf. A two-year consultation process then began.

An application was made in March to the Infrastructure Planning Commission.

Chris Lawson, development project manager at Renewable Energy Systems, explains: “We needed a year’s data about birds roosting, for instance, to present in our application to the commission.”

Of the 500,000 to 800,000 tonnes of wood chip and wood pellets burnt each year, 20% are expected to arrive by road and 80% by sea. In addition to 200 jobs and income from a long lease and handling charges, there will be haulage trade and warehouse demand created on shore.

The commission is expected to take six months to examine the application and a decision from energy secretary Ed Davey is expected by the middle of next year. The facility would then take three years to build.