You can judge whether an app has really achieved viral status when even those stuffy types in the City of London start to cotton on to the craze. 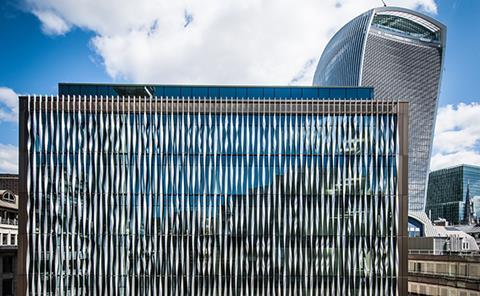 Pokémonument: gamers were trying to catch a Psyduck close to the new nine-storey building

Well then, Metropolis can reveal (if you didn’t already know) that Pokémon Go has officially reached that level. And Skanska Developments’ Annabel Fisher can, to her embarrassment, testify to it too.

The leasing manager for The Monument Building, in the Square Mile, was excited to see half a dozen City types apparently taking lots of photos of the new 94,000 sq ft office building.

Seeing the chance of securing another tenant to the nine-storey scheme, Fisher approached them with brochures in hand only to discover that they were desperately trying to catch a Psyduck character that they had spotted outside the building.

We’ve heard of occupiers being lured to a scheme because of its stunning architecture, but never because of the number of Pokémon Go characters in its vicinity. How long before it becomes a new marketing tool for offices as well as shops?