As an analyst covering Irish REITs, I came across Kennedy Wilson Europe (KWE) in June 2015 because of its significant real estate holdings in Ireland. 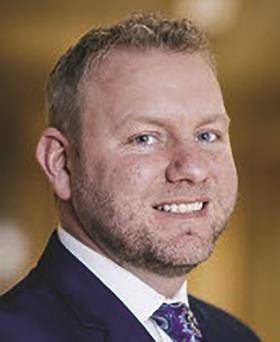 The quality of its asset base and future cashflow metrics caught my attention.

When the Brexit vote happened, KWE was hit hard, with the shares falling 17% in two or three days. The company was priced for distress despite having more than 40% of its assets outside the UK.

Since then, chief executive Mary Ricks has continued to buy shares in KWE and the company has begun a £100m buyback programme. Given the strength of its financial results and considering comments made by KWE’s parent Kennedy Wilson about wanting to acquire more assets in Europe, we concluded in March that it made perfect sense for it to acquire KWE.

Before the bid, KWE traded at about a 20% discount to NAV and with an EV/sq ft of around £300, which compared very favourably to other UK REITs. It offered a dividend yield of 5.5% and a gross rental yield of about 8% at existing rent levels, which were below market rates. If Kennedy Wilson wanted more exposure to Europe, it didn’t need to look far.

The offer of 0.67 Kennedy Wilson shares per KWE share is not unattractive. A price of £11.10, which it currently converts to, would be equivalent to a roughly 8% discount to NAV and more in line with UK large-cap peers. I suspect a slightly higher offer may emerge once Kennedy Wilson’s shareholders realise the value in KWE’s portfolio. An offer that converts to £11.75 would be fair given the ‘known unknowns’ around Brexit.