Two of the UK’s largest commercial auctioneers have released catalogues for their March sales. 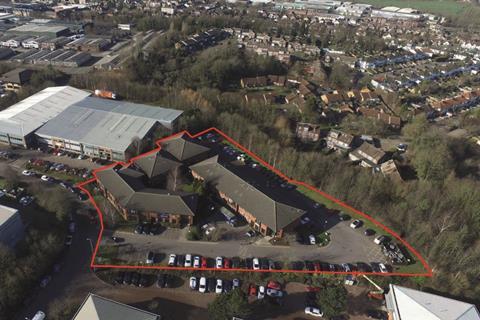 Allsop has released a 163-lot catalogue ahead of its 30 March commercial auction, while Acuitus will offer 47 lots at its second sale of the year on 26 March.

The largest and most expensive lot set to go under the hammer at Allsop’s sale is a multi-let office building in Hertford, which is being offered with a guide price of between £3.7m and £3.8m.

The property comprises 18 separate offices with a large car park on a 1.64-acre site and produces an annual rent of £306,687.

In Cheltenham, Gloucestershire, the freehold of a 22,278 sq ft retail unit is on offer with a guide price of £3m. The property is let to Dave Whelan Sports and generates an annual rent of £250,846.

Another star lot is two freehold office blocks in Gillingham, Kent, totalling 20,900 sq ft, which are guided at £2.5m. The properties are let and produce an annual income of £255,699.

“The latest catalogue is released into a market that is cash rich and, based on the results of our February auction, eager to buy the right stock,” said George Walker, auctioneer and partner at Allsop.

“The latest stock market fluctuations reinforce the long-term reliability of income streams available from a range of commercial investments and we anticipate a busy sale, which will be 45% larger than the one this time last year.”

Allsop’s auction will be held at The Berkeley hotel in Knightsbridge, central London.

The most expensive lot on sale at Acuitus’ March auction will be the freehold of a small office building and car park on a 0.33-acre site in East Finchley, north London, which is being offered with a guide price in excess of £4.7m.

The lot has planning permission for redevelopment as 25 flats plus office space.

In Hove, East Sussex, the freehold of a two-storey building with three partly let shops on the ground floor is being offered with a guide price of between £2.5m and £2.75m. The property produces an annual income of £180,773.

In Alfreton, Derbyshire, the freehold of a 8,196 sq ft building let to supermarket chain Iceland Foods is guided at £1.75m.

The property, which has a supermarket on the ground floor and ancillary accommodation above, produces an annual rent of £118,920.

“We started the year with most people happy about the election outcome, but for some the February sale might have been too soon to react,” said Acuitus auctioneer Richard Auterac. “However, by now, people will have a better idea of what they want to do. The general feeling is more positive.”

Acuitus’ auction will be held at The Montcalm hotel in Marble Arch, central London.