Allsop is offering a luxury flat with a £7m guide price at its next residential auction on 25 October – one of the most valuable lots to be offered at auction this year. 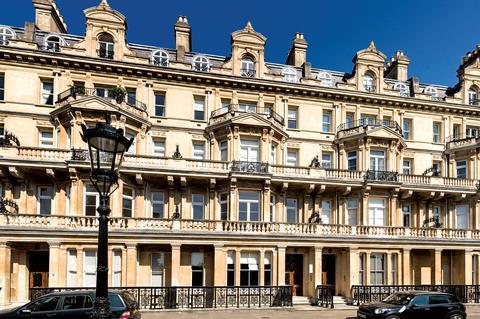 This 6,283 sq ft, grade II-listed triplex apartment is opposite Regent’s Park in central London and sits within The Crown Estate.

The long leasehold on the property, which features six bedrooms, three reception rooms, three terraces and a garage, is being offered on behalf of receivers.

Allsop is marketing a number of development sites, the largest of which is a 0.5-acre site in East Dulwich that has planning permission for seven houses, and is guided at between £2m and £2.2m.

Two adjacent office buildings in Haywards Heath, West Sussex, with planning permission for 29 flats through permitted development rights, are being offered either separately or together with a combined guide price of £4.5m.

The auction house is also offering a two-floor terraced house close to Clapham Junction station. The two-bedroom property has a price guide of £600,000.

Also in south London, a three-floor terraced house in Camberwell arranged as one flat and one maisonette is being offered with a guide price in excess of £650,000.

“The October auction catalogue is looking extremely healthy, with an incredible amount of opportunity for buyers looking to add value or looking for an immediate income stream,” said Richard Adamson, partner and auctioneer at Allsop residential.

“We have found with our recent auctions that if vendors are realistic with their pricing there is plenty of appetite from buyers.

“Despite being in a somewhat uncertain political climate, we’re expecting strong demand and plenty of bidders come auction day.”

Allsop’s auction will be held at The Cumberland Hotel on Great Cumberland Place, London.

In May, London-based auction house Barnett Ross sold the most expensive single lot ever to go under the hammer at auction in the UK. The estate in Finchley, which comprises 65 flats and 30 garages, was guided at £16m but sold for £20m.