Auction House London hopes to pique investors’ interest with a 105-lot catalogue for its April sale. 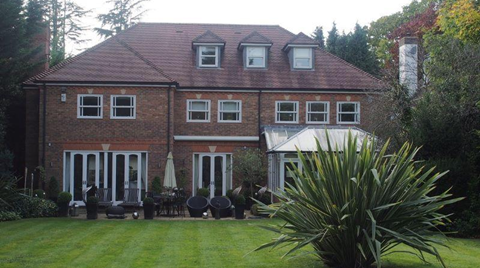 This five-bedroom property in Kingston upon Thames is the top lot on offer, guided at £2.6m

The auctioneer is offering a number of high-value residential lots in London and the South East.

The largest lot to go under the hammer will be a large, three-floor, detached country house with a garden in Kingston upon Thames, Surrey. The five-bedroom property is guided at £2.6m.

A 2,100 sq ft, four-floor terraced house in Highbury, north London, is offered with a guide price of more than £1.4m. Also in north London, in the borough of Barnet, a three-floor, semi-detached house arranged as seven studio flats is guided at £1.2m.

Another large lot is a mixed-use building in Deptford, south-east London. The property, which features two ground-floor shops, offices and residential, generates an annual income of £64,700. If sold for its asking price of £1.9m it would reflect a net initial yield of 3.4%.

Last month was a record one for the Auction House franchise as a whole, which raised £61.2m from the sale of 471 lots across its 40 auctioneers.

Auction House founding director Roger Lake said he expected the market to “strengthen even further in the run-up to the next auction”.

The auction will be held on 11 April at the Marriott Hotel in Regent’s Park, London.