Confidence returning to room as 2019 headwinds die down

Last year, the uncertain housing market shaped by Brexit led to the emergence of two camps of buyers: those waiting for more clarity and those who saw the backdrop as an opportunity to trade. 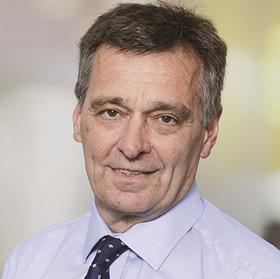 Now, following the election result, we are cautiously optimistic that buyers who had been waiting in the wings will come forward, although until a trade deal is reached with the EU, some economic uncertainty remains.

At our December sale, an air of confidence had returned and people seemed to be more willing to transact. It was a far cry from the first few months of 2019, when there was hesitancy among buyers and pricing was key. People were simply not prepared to bid if lots were not the right price.

To get deals over the line, we needed to work with and educate clients to ensure properties were guided at a suitable price. For example, at our February auction, five lots went under the hammer with a combined sale price of around £11m – a significant proportion of our final result, which ultimately relied on sensible pricing.

Caution in the auction sector was also felt across the wider residential landscape; during early spring, the RICS recorded sustained falls in new enquiries and instructions, and transaction numbers also fell.

By March, Brexit delays appeared to subdue the housing market, a theme that played out in auction ballrooms too.

The necessity of having a spread of asset types and regional variety was clearer than ever. Being able to offer a catalogue with widespread appeal resulted in good attendee numbers in the room.

In April, we sold all the properties offered in the north, reflecting the fact that investors were concentrating searches in regions offering good long-term prospects.

The sale coincided with figures from Nationwide showing house price growth was strongest in the north and Midlands, with annual growth of 2.9% and 2.6% respectively. This theme is something we expect to see more of as 2020 progresses.

While uncertainty lingered, by early summer, some buyers began to adopt a ‘business as usual’ approach and there were signs of positive activity. As success rates stabilised around the mid-70% mark, this period showed us that there was appetite – and what for. 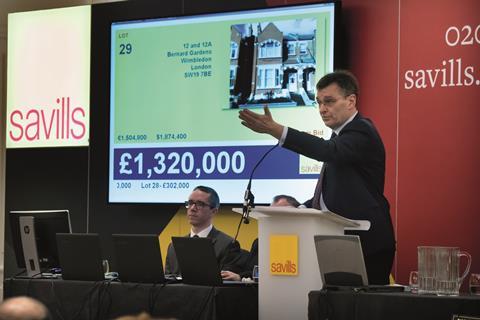 Well-priced and located lots were already key drivers, but now the rarity factor came into its own. When lots offered on the rostrum looked unlikely to be presented again, buyers were motivated and competitive bidding ensued.

In September, our sale raised the most we had all year and around this time a pool of buyers began to emerge who were adopting a mindset that with uncertainty around, it was a good time to buy.

In November and December, a desire to buy before the end of the year appeared to motivate some top-end investors. Competitive bidding was in play for properties offering long-term prospects or appealing to owner-occupiers who wanted to get on with moving.

The market has certainly been tough in the past 12 months and we’ve really had to work the trading floor to get results. Yet certainly in the fourth quarter, bidders seemed more comfortable with transacting and confidence built slowly.

We expect confidence to continue growing and that sentiment will steer towards more normal trading conditions, particularly once we have more of an understanding of our relationship with the EU.

For this reason, we do expect prospective buyers to be more committed and that could mean an uplift in buyer numbers coming along to sales.

Already this month, conversations with developer, investor and owner-occupier clients suggest they are keen to get going and transact.

We don’t foresee any significant change in buy-to-let investor activity for 2020, due to the tax changes over the past few years, which have prompted a decline in these purchasers.

However, we also recognise that certainly in this initial period, sellers may become hardened in their price expectations, so working with clients to find the right level to offer a property will be a key discussion point at the start of the year.

As in 2019, we know that success rates will also hinge on a well-curated and sensibly priced catalogue. We are also noticing an uptick in seller enquiries, which is an encouraging start when it comes to laying foundations for the spring auction market.