Philip Hammond’s announcement that councils can double the council tax charged on homes left empty for two years or more has received a mixed response from the industry. 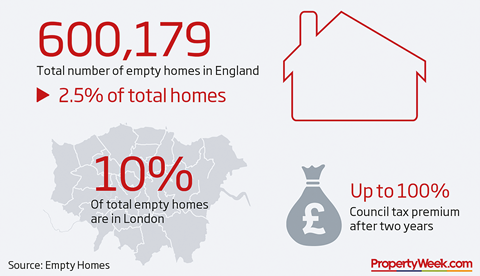 In his Budget speech, the chancellor said he wanted “to address the issue of empty properties” by giving local authorities “the power to charge a 100% council tax premium on empty properties”, twice the previous 50%.

Last year, more than 600,000 properties were vacant, according to data from charity Empty Homes. The argument is that by making the tax more punitive, thousands more vacant homes would be brought back into use or put on the open market for sale.

The chancellor’s move was praised by some senior industry figures. John Stewart, policy manager at the Residential Landlords Association (RLA), said it “understands and supports” the government’s desire to “tackle property speculators who purposefully buy property with the intention of leaving it empty until they can sell it for a profit”.

He added: “All they do is needlessly tie up property that legitimate landlords would be willing to rent to those who need it.”

However, he said, it was important for councils to “take a targeted approach to using these new powers” and that they “do not hit landlords who are undertaking major works to improve their properties to then rent out again”.

Some auction houses also welcomed the measure, which is likely to see an increase in houses coming to auction.

“It’s a good thing,” said Chris Coleman Smith, director of auctions and auctioneer at Savills. “This move will hopefully bring more housing stock to the market and a lot quicker. It will help out the local communities.” 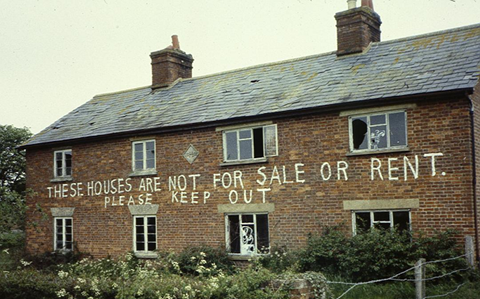 However, other auctioneers argued that the tax would make little difference to wealthy landlords or overseas investors. Philip Waterfield, director of Strettons auctions in London, went further, describing it as just “another Chinese water torture for smaller buy-to-let investors”.

He added: “I’m afraid it won’t cause a rush of properties. The wealthier will swallow the costs, whereas fragile investors will be squeezed once again.”

Others said there were pros and cons to the move. “In central London, this policy is not going to have much of an impact,” said Oliver Childs, head of auctions at Lambert Smith Hampton. “But it might have a positive effect in other locations, freeing up existing stock and bringing more properties to the market.”