Savills raised £30.5m at its 24 July national auction, narrowly exceeding the £30.3m it raised at its July 2016 sale - thanks partly to the sale of a London theatre for more than £5m. 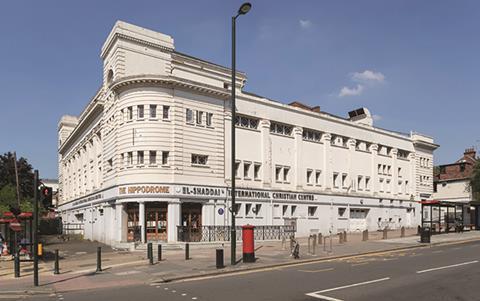 The Hippodrome theatre drew many bidders

The auction house sold 93 lots from the 118-strong catalogue, reflecting a success rate of 79%. Last July, it sold 105 lots, achieving a 77% success rate.

The Hippodrome theatre in Golders Green, north-west London, sold for its guide price of £5.25m, making it the second-largest lot sold in an auction room this year, surpassed only by an office parade in St Albans, which was sold by Allsop Commercial earlier this month for £7.1m.

The 39,942 sq ft, three-floor theatre building is currently vacant and was marketed as a potential development opportunity.

Another high-value lot was a house in Highgate that had been converted into nine buy-to-let flats and sold for £1.6m against a £1.4m guide price. The 2,550 sq ft, three-storey property is partly vacant and has an income of £17,220 per year, representing a 1.08% yield.

Also in London, a mixed-use building in Forest Gate sold for £1.38m from a guide price of £1.2m. The property has planning permission for conversion into two three-bedroom houses and four flats.

Three lots offered on behalf of Anglian Water Services sold for more than £200,000 above their combined guide price. The buildings - a mill, a pump house and a water treatment facility - are all located in Suffolk and collectively sold for £565,000 from a £335,000 reserve. 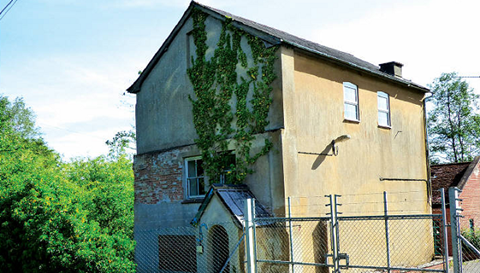 “There was a great atmosphere in the room. It showed that the buyers are out there - they’re cautious, but they’re definitely there,” said Savills auctioneer Chris Coleman-Smith.

“You just have to be selective about what you put in the catalogue, but if you’ve got the stock at the right price, they’ll buy all day long.”

The 79% success rate “was a good result for auctions in general”, considering the relatively low percentages achieved by several auction houses in recent months, he added. “It’s good to show that there is a market there,” he said.

The next Savills national auction will be held on 25 September at the London Marriott Hotel in Grosvenor Square.