The UK’s two largest commercial auction houses have said they are “satisfied” with their final auctions of the year, even though both failed to replicate the record annual totals achieved in 2016. 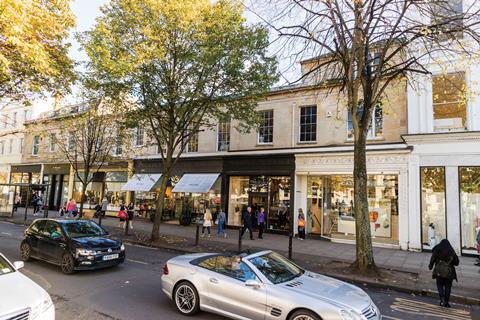 Acuitus’s biggest December lot was a retail parade in Cheltenham

Allsop Commercial raised £586m over 2017 as a whole compared with £605m last year, while Acuitus raised £300m – £45m less than in 2016. However, Acuitus’s total represented the second-highest annual result in its history.

“Our last auction was good, maybe not great, but our total for the year is very solid, close to what we recorded in 2016,” said George Walker, partner at Allsop. “What was interesting in this auction is that we had really strong prices across offices, industrial and retail.”

“Coming into this year – after the economic and political turbulence of 2016 – it was very hard to call how our market would fare,” said Acuitus chairman Richard Auterac.

“In the event, we have substantially broadened our seller base and been able to bring to auction the type of assets that meets the needs of the growing numbers of private investors targeting the commercial property sector.”

Allsop’s Walker echoed Auterac’s view, noting that its final auction of the year had featured properties from “across all property sectors and throughout the UK”.

At both auction houses, the largest lot sold in December went for more than £4m. Acuitus sold a retail parade in Cheltenham, Gloucestershire, for its guide price of £4.35m, while Allsop sold a former high-street bank in Shoreditch, east London, for £4.1m, over a third more than its £2.9m guide price.

Allsop’s and Acuitus’s next auctions will be held in February 2018.