A mover and a baker

Most of the time, winners of hit BBC TV show The Apprentice disappear into the ether and are never heard from again. But not Alana Spencer, who in 2016 secured a £250,000 investment in her bakery business ‘Ridiculously Rich by Alana’ from Lord Alan Sugar. 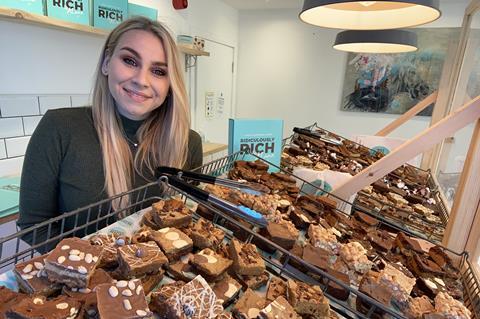 Late last year, Spencer opened her first By The Sea café in Aberystwyth and now she has signed for a 2,230 sq ft unit at Schroder UK Real Estate Fund’s mixed-use Mermaid Quay scheme on Cardiff Bay’s waterfront – the first of a Wales-wide rollout of up to 10 new By the Sea venues in 2021.

The café will offer Spencer’s range of luxury cakes, as well as savoury meals such as Reuben sandwiches with loaded fries and shakes and sundaes.

“After a successful six months at our first By The Sea concept store we decided it was time to expand,” says Spencer. “Our key points to look for were beautiful waterfront spots that are on walking routes. Cardiff Bay ticked all these boxes for us. Bring on the next chapter of Ridiculously Rich By The Sea.”