Everyone wants their business plans to go with a bang, but not in this way. Efforts to build a battery gigafactory close to Coventry airport have been set back after the proposed site was ruled to be at high risk from unexploded bombs. 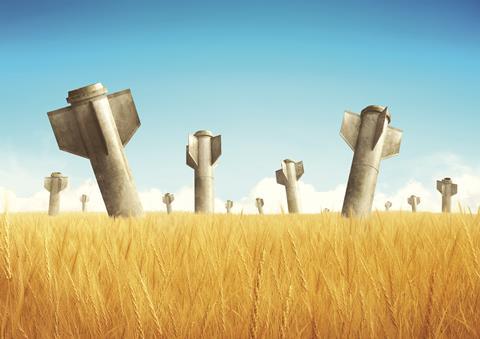 The location was formerly an RAF fighter airbase, heavily bombed along with the rest of Coventry in the Second World War, and as a result is thought likely to feature hidden presents still waiting to be unwrapped from our German friends.

Plans for the giant new factory were given outline planning consent by Warwick District Council and Coventry City Council in January this year, before the risk of unexploded ordnance emerged.

Apparently as many as 10% of bombs dropped in wartime air raids failed to detonate, with some ending up embedded below the surface rather than exploding on impact.

Specialist risks consultancy 6 Alpha Associates surveyed the site of the proposed factory and warned that large parts had gone undisturbed since the Second World War. As a result, it said construction diggers should not be sent in without a full survey to detect and defuse any unwelcome surprises.