We’re no strangers at Property Week towers to the odd, peculiar and sometimes ridiculous market rumours, but a recent news tip has left us puzzled. 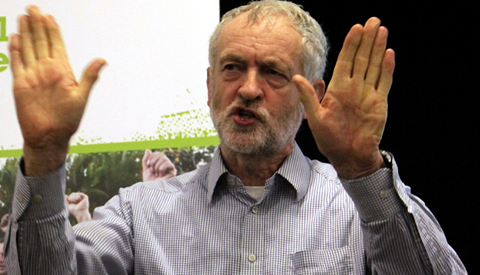 According to one excitable City agent, there’s an international conglomerate searching for around 40,000 sq ft of office space in the capital. However, the group is supposedly demanding any contract must include a ‘Corbyn Clause’. In other words, if Jezza gains the keys  to No.10, this potential tenant wants a guaranteed rent reduction.

So we rang excitedly round the offices of London’s leading agents to ask senior players if this ‘Corbyn Clause’ was gaining any momentum – Momentum? Geddit?

John Slade, the former BNP Paribas Real Estate man now at Evans Randall, said he’s never heard of it and that it was “extremely unlikely a vendor would agree to it”.

Colliers’ UK chief Tony Horrell was also none the wiser. “Not heard of that yet,” he insisted. So it’s clearly not a thing. Or is it?

John Forrester, global, world and international president of the universe at Cushman & Wakefield, suggested that nothing is impossible. While he insisted it was unlikely, he added that there’s “always a first time”.