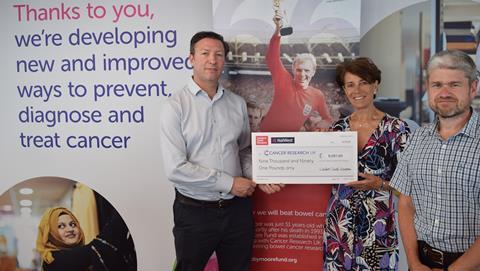 In May, 16 teams competed for the PW Cup and Plate Trophy – sponsored by Smart Spaces – at QPR’s Kiyan Prince Foundation Stadium, with RICS and Montagu Evans emerging as respective winners.

The 56-year-old event, which is in its fourth year of media partnership with Property Week, raised £9,091 for the Bobby Moore Fund.

The fund was set up in memory of 1966 World Cup winner Sir Bobby Moore and supports research into bowel cancer.

Following the presentation, Stephanie said: “We would like to thank the organisers, QPR FC, the sponsors and all the players for another phenomenal fundraising performance.”

Barings has secured over €650m (around £554.1m) in capital commitments to invest in unlevered whole loans secured by core plus and value-add European real estate.