All hail the ‘beast from the east’! In addition to causing hordes of workers to ‘shirk from home’, it also ground the UK construction industry to a halt. 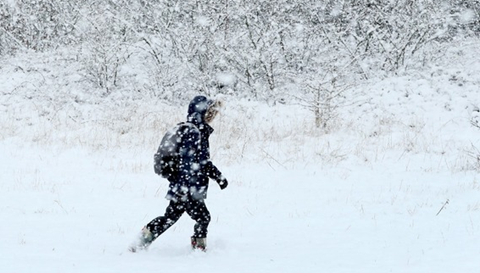 Metropolis’s favourite press release of the week came from the Federation of Master Builders, which claimed that it was “too cold to lay bricks” and that work at a number of construction sites was halted due to the heavy snow.

‘Snowmaggedon’ also wreaked havoc at the offices of Lambert Smith Hampton in Reading. According to a “well-placed source”, a frozen water pipe at the firm’s office burst and blew the electricity circuit boards, which meant the premises were uninhabitable. As a result, LSH’s Reading team was forced to decamp to the firm’s Maidenhead office.

Metropolis has yet to receive confirmation as to whether or not this impromptu cohabitation arrangement led to a flurry of deal activity or gritted teeth from the regular incumbents of LSH’s Maidenhead office.