Despite topping their group, England have hardly been the most exciting team to watch at the Euros leading up to the knockout phase. But you know what they say – it’s the taking part that counts. 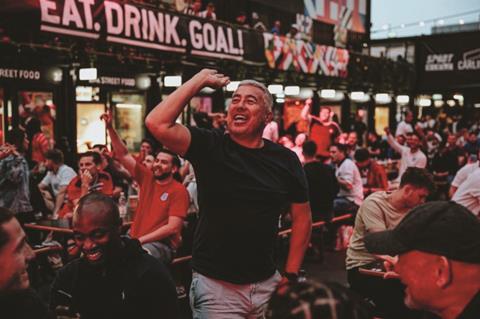 And no one was taking part harder last week than Boxpark founder and chief executive Roger Wade, who was spotted revelling with fans at Boxpark Croydon, which happens to be Property Eye’s local watering hole.

While they’re getting some positive results, no one could claim that England’s performance has been particularly inspiring during the group stages.

We wonder, therefore, if perhaps Wade was simply celebrating the arrival of his food order from one of the pop-up restaurants on site – or was practising his moves for the new axe-throwing bar opening on its upper level.

Either way if that’s how he responded to England’s early wins, then seeing them knock out Germany earlier this week most likely caused somersaults!