Oh dear, oh dear, oh dear. Merry Christmas? It was more of a Merry Crassmas from Clintons earlier this month when, bizarrely, it elected to announce its restructuring plans via this bow-festooned card – just what its landlords wanted for Christmas after a year of retail failures and company voluntary arrangements (CVAs). 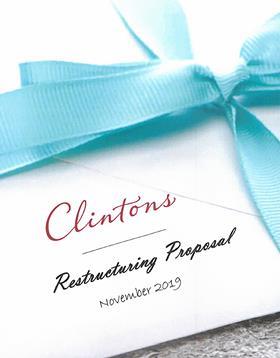 What on earth was the greetings card retailer thinking? That the bow and cursive script would dolly up its CVA plans to shut 66 stores – or one fifth of its estate – and secure better terms on its remaining 200 stores? That landlords should just be grateful to receive the gift of Clintons’ continued business at those remaining stores?

Time will tell if Clintons secures enough support for the proposals from creditors to pass the CVA but Eye knows a few landlords that were less than impressed and would like to return this festive ‘gift’ unopened.