Rockwell Property announced Premier Inn as the occupier of a new 400-bedroom hotel in Westferry, east London, in what would become one of the largest Premier Inn hotels in the UK. 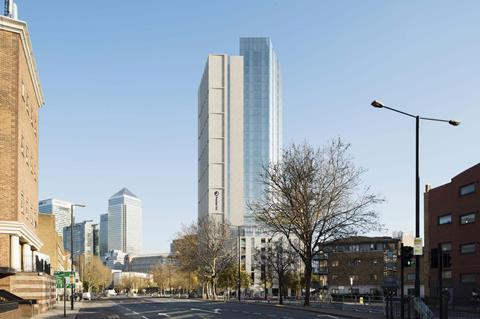 Whitbread, Premier Inn’s parent company, signed for a 30-year lease on the hotel and restaurant within the 30-storey mixed-use scheme in London Docklands.

On completion, the hotel will be the tallest Premier Inn in the UK and Whitbread’s largest hotel in London outside airport hotels.

In November 2021, Whitbread and Rockwell officially topped out the hotel.