Talk about first-world problems. Occupiers of co-working behemoth WeWork’s Californian offices are up in arms after the company stopped serving complimentary hipster drink kombucha and cold brew coffee, according to the Business Insider website. 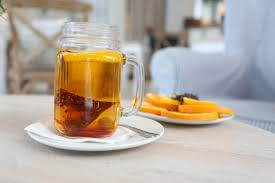 A Kombucha drought has hit WeWork

A spokesperson denied the company had ‘shackled’ the taps to stop tenants slurping down the expensive beverages, claiming instead that the drinks were so popular they had simply run out.

The kombucha/cold brew drought was a double whammy for tenants of WeWork’s Californian offices. Just a month earlier the company had stopped offering free beer in order to comply with state alcohol laws.

Who knows what hip beverage thirsty occupiers will be deprived of next.