Proptech company Houzen is setting out its stall as a ‘Tinder for tenants’. 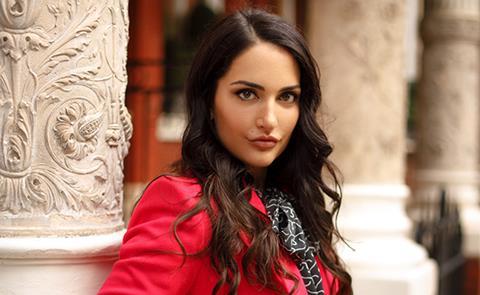 Houzen describes itself as a ‘hyperlocal marketplace’ for property agents. Launched in March 2016, the company was co-founded by three friends who met at Said Business School in the late 2000s: Saurabh Saxena, Rayhan Sawar and Angelica Donati. Saxena and Sawar are from tech backgrounds - Saxena worked at restaurant booking app Quandoo and Sawar worked for Groupon - whereas Donati, who started her business career at Goldman Sachs trading currency derivatives, has a property background.

Property Week catches up with Donati to find out how the trio intend to disrupt the property market through their “Tinder for tenants” web platform.

I have my own property development and investment company called Donati Immobiliare Group. We invest and develop - primarily residential - in the UK, the US and also Italy, which is where my family has had a construction and development business for more than 40 years.

Most technological innovation solves an issue - what problem does Houzen solve?

It solves the issue of vast inefficiencies in residential real estate. It’s a poorly kept secret that construction and real estate as a whole are behind the curve in terms of technological innovation.

You can pick any part of the value chain and see the story repeat itself, especially in terms of asset management both when you think of property as a single asset and when you think about it as part of a massive portfolio; it’s still done in a very old-fashioned manner. What Houzen is trying to do is bring experiences from other industries of optimisation and automation and apply them to the real estate lifecycle.

How does it address these inefficiencies?

When we designed the product at the beginning we thought about the problem of a single flat. If you or I had a single flat and we wanted to rent it out, how would we do that? You would normally just go down the high street, or go online, find an agent, negotiate with them, sign them up, give them your property and let them do their work. Hopefully they will bring you a tenant and that tenant gives you an offer that you’re happy with. Then the tenant moves in and hopefully they don’t leave at the break clause.

So the process works fine as it has for the past 100 years, but we thought fine wasn’t good enough and we also thought with the coming storm [of Brexit] and the contraction in the market that we’re all seeing it was time to bring more process efficiencies to the table in order to preserve the top line and bottom line that landlords are looking for.

We’re basically trying to preserve the landlord’s return from their investment by optimising the letting process so that their properties get let out faster to tenants who want to live there, who will stay longer and pay the desired rent at the lowest possible cost [to the landlord] that still delivers a high level of service.

We’ve designed a system that automates and brings online all the functions that don’t really require human interaction, but we still use agents on the ground who go out and find the applicants for the landlords, do the viewing and deal with the offer. The landlords, at a click of a button, have full sight of the whole process and can manage it from their own home.

Who are you working with at the moment?

Our key customer, who was also the first client that believed in us, is Greystar. We started working with them before we even had a product. We also work with Kennedy Wilson, which has given us a building in Ilford to rent out alongside Savills. We’re now starting to work with the likes of Grainger, which is looking into doing a pilot project with us and we have a whole host of smaller build-to-rent landlords. 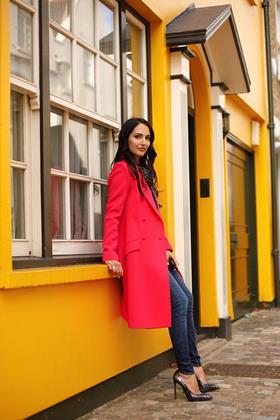 How does the fee structure work?

The landlord pays the agency fee, which is usually discounted to what they would pay if they walked down the high street and spoke to an agent. The high-end corporate agencies charge anything between 10% and 12% for let only, independent agents tend to charge between 8% and 10% for let-only services, the agents on our platform charge anything from 6% to 8% for let only in central London and in the outer boroughs it’s even lower than 6%. That is gross including our cut.

The average time it takes to let a property using the Houzen platform is about five working days from when the agent has access to the property.

You’re raising funding at the moment - how much are you looking for and what do you intend to spend it on?

We’re trying to complete a funding round to expand beyond the institutional market, which is our bread and butter right now, into the buy-to-let market. So we want to increase our penetration of London and expand into other main cities in the UK.

All in, we’re looking for £1.5m. We’re raising a tranche through [crowdfunding platform] Seedrs, which goes live later this month. We’re also in pretty advanced talks with a couple of venture capitalists who specialise in seed-stage companies and/or property tech, as well as several players in the market, so potential clients or competitors who have been looking to throw in some funding.

What’s your big ambition for the business?

It’s to shift from simple tech-efficient operations to tech-heavy. We think that for what we do for the residential space, the real value add will be machine learning driven by big data and by what we like to call ‘intelligence augmentation’. It’s basically AI but the other way around, so rather than replacing humans enhancing what a human can do through tech.

We’re also very interested in natural language processing, which is something we’ve started looking at already. Part of the funds we’re raising are earmarked for research into these new technologies.