On current form, England’s footie squad is unlikely to give its fans much to celebrate. Just as well, then, that the first-ever Property Week Cup will provide the opportunity to hark back to happier days. 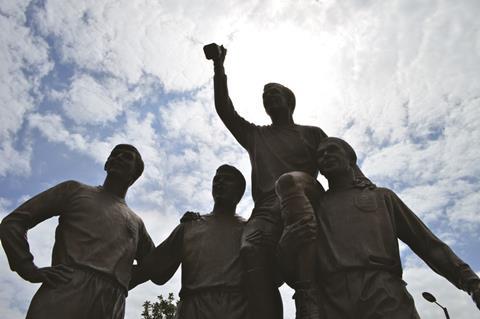 In PW’s inaugural year backing an 11-a-side property-wide tournament — which dates back to the summer of 1966 and a band of bright-eyed surveyors trying to recreate the heroics of Bobby Moore and his boys — matches will be played at QPR’s Loftus Road ground for the first time.

The all-day event on 10 May won’t just be about attempting to recreate Sir Bobby’s legacy - it will also be about enhancing it. All proceeds will go to the Bobby Moore Fund for Cancer Research UK.

LSH’s captain, and senior surveyor for office agency, Jon Rea-Palmer told Property Week: “As one of the longest-running property sector sporting events, LSH is proud to be supporting this exciting tournament and a very worthy charitable cause with strong links to the company’s.”