‘Creative destruction’ is a phrase often used to characterise the dynamic drive of capitalism; old industries are destroyed as new creative ideas for generating value and wealth emerge. Although the term was coined by the economist Joseph Schumpeter in the 1940s it still has currency today, frequently used to describe the rapid growth of the new creative economy as the emerging engine of growth. 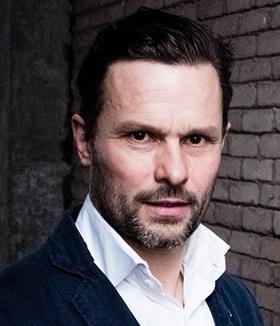 From an economist’s perspective the focus often seems to be on ‘creation’ – the infectious excitement and energy that attaches to the emergence of new industries and the creation of wealth. But when it comes to real estate, cynicism perhaps pervades in some quarters with the perception that ours is an industry focused on the ‘destruction’ end of the equation. Often developers can be accused of ‘ruining an area’, creating anonymous schemes that lack the vibrancy and soul of what they replaced in the pursuit of profit.

Paradoxically, this is perhaps most often the case in ‘creative’ quarters where the destruction that development inevitably entails is keenly felt. I lived in Peckham in south London for many years, an area that is following a very familiar trajectory.

Relative affordability (we’d never been there before 2004 but it was the only place we could afford to buy) led to an influx of young people and creative businesses, putting the area on the map and sending house prices soaring. Now, as inevitably as night follows day, developers are perceived to be circling and threatening the very uniqueness that made the area attractive.

Bywater has been grappling with similar issues in Belfast, a city that has seen its fair share of destruction in the past but is now most definitely experiencing a creative rejuvenation. We are bringing forward a significant 235,000 sq ft mixed-use proposal (pictured) in a city centre once focused around the old Smithfield Market, long since demolished to make way for a now tired shopping centre that is looking for a new future (two generations of ‘creative destruction’ there). What remains are extensive city centre parking lots and remnants of old Victorian terrace shops in poor condition.

Elsewhere in Belfast’s city centre, other large-scale regeneration projects may risk displacing independent shops, artists’ workspaces and small businesses in the same process I observed as a resident in Peckham – and with largely the same animosity and cynicism from those affected.

Yet the paradox remains that it is the creatives, the independents or, in the language of investment, ‘the unbankable’, that make the area exciting. So, in Belfast we’ve looked to turn things on their head. We’ve taken a very different approach to community consultation, engaging with local Belfast illustrators to produce a series of sketches of what Smithfield’s imagined future might look like, rather than glossy CGIs giving the impression that ‘this is what you’re getting’. We’ve worked with local animators to turn that into a short cartoon and found an emerging vocalist and DJ to put a uniquely Northern Irish track to that work. We’d welcome feedback at www.buildingblocksbelfast.com.

But what sets this apart from a superficial glossy marketing approach is the scheme itself. While the overall proposal is workspace-led, in a series of large corporate, SME and start-up spaces, on the ground floor we have turned our back on larger units suitable for national multiples. We’ve trimmed workspace lobbies to the minimum and re-ordered core positions to maximise the number of small, street-facing units affordable simply by virtue of their size.

Rather than approaching the Victorian terraces that we own as a phase-two site-assembly project, we plan to refurbish them as shops and maker-spaces and bring the upper parts back into use. Belfast has lost too much of its heritage to seek a marginal commercial advantage by demolishing yet more and we can use them to bring back some echo of Smithfield’s lost browsing and street culture.

Our alternative approach to the consultation events, typically given cursory and unimaginative attention by developers in Northern Ireland, has opened up relationships with the creative and independent sectors, but our proposition goes further.

We’ve been transparent about the value cycle in the ‘creative destruction’ process – we need the creative and independent businesses just as much as they rely on us and developers like us not to continually move them on. We’ve been quite explicit; we have discounted the value we expect to recover from the scheme’s ground-floor retail units to ensure that they continue to be affordable for small, start-up and independent businesses that are under pressure elsewhere in the city and historically made Smithfield the thriving and trading heart of Belfast.

Why did we do this? Not because we’re altruistic but because we understand that the value in our scheme lies in the workspace – and the nature of both workspaces and the demands of the increasingly younger workforces of the businesses who are likely to move there are changing.

People no longer want to work in a shiny edge-of-town office building with an imposing but sterile, ego-driven lobby if there’s a city centre alternative surrounded by a dense variety of independent street food vendors, maker-spaces and an element of the unexpected to press your nose against at lunchtime. 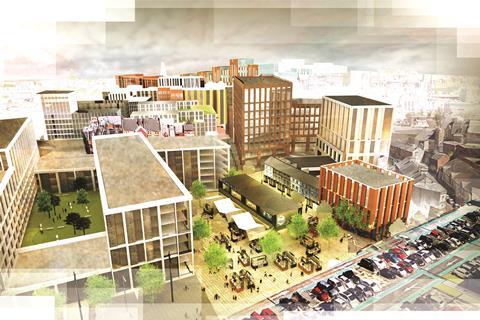 We’re also not presumptuous enough to assume that we have the local knowledge, skills or connections to get that critical street-facing mix right, or to understand what a fair pricing strategy is to be affordable to different sectors. We’ve put together a placemaking group of local representatives of entrepreneurial, arts, craft and creative sectors to take on this ‘curatorial’ role, with authority not only to decide the tenant profile but also affordable rent levels.

It is a matter of legitimacy and empowering local champions to shape their future city. Our aim is to break down the cynicism that as a developer our purpose is simply the destruction of ‘creative’ neighbourhoods to replace them with the bland and homogenised in the pursuit of commercial return.

We’re certainly helped in this by three factors, the first of which is the rise of the creative sectors, which at whatever scale of enterprise, even start-up and SME, are being taken far more seriously as dynamic businesses. The second, and perhaps paradoxical, factor is the distress in the retail sector and the decline of high streets. While the struggles of many national multiples make it easier for us to eschew the mainstream retail route as a source of value generation for our site, particularly given that Belfast is arguably ‘over-retailed’ already, equally the appetite to see some rejuvenation of high streets based around small, distinctive independents is palpable.

Our expectation is that institutional investors are beginning to appreciate that the more granular income is not actually such a risky investment. A small business where the proprietor does not reach for the safety net of a CVA but puts all their passion into making their business work is not such a bad bet when spread across an entire city block.

The third critical factor is the change in the character of workspaces and occupiers’ renewed appreciation that the best talent is not necessarily impressed by an imposing lobby and shiny façade, but by the diversity and vibrancy of the local area and the amenity on offer both within and local to their place or work.

I’ve focused on Belfast and the important role we see the entrepreneurial and creative sector playing in shaping our proposals on an open book basis. But we have parallel projects under way in Manchester’s Northern Quarter, which in some ways is a benchmark for the type of vibrancy we could see emerging in the Smithfield area of Belfast.

We’re also bringing forward a creative office project in Glasgow, where we own a building intrinsically linked for many years to the world-renowned Glasgow School of Art. It’s been a pleasure to extend a helping hand to them after the second devastating fire at ‘the Mac’ building and we’re exploring ways that we might co-operate to develop a thriving creative workspace in Glasgow city centre.

In London we’re about to bring forward proposals for Costa Coffee’s old roasting plant in Lambeth, next door to Damien Hirst’s Newport Street Gallery and will once again be looking to reach out to and include the creative sectors in the emerging proposals.

And finally, back to Peckham, the starting point of my theme of ‘creative destruction’, where (true to form for a developer) we have a significant site in the heart of the high street that we’ve let on a short-term basis to the fantastic Hannah Barry Gallery.

So don’t expect the future to be homogenous bland development or anything other than creative. 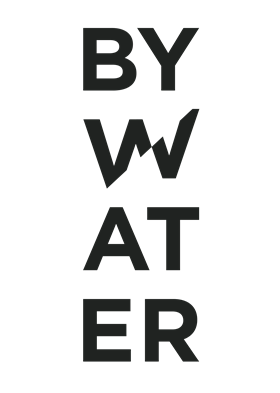 Theo has a background in regeneration and urban design. He has a first from Cambridge University, an MSc with distinction and PhD from University College London and has undertaken Exec Ed programmes at London Business School. Theo spent five years with JLL’s strategic consulting and development and asset strategy teams, working on large developments and regeneration projects for public and private sector clients.