The built environment sector is at a crossroads. The Construction Industry Training Board says we need 158,000 new people to come into the workforce over the next five years, a number of skilled surveyors are rapidly reaching retirement age and the lack of investment in training new surveyors after the 2008 crash has compounded both of these issues. 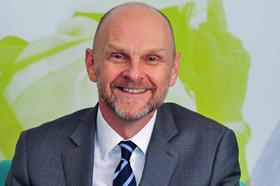 There’s also the housing crisis. Young people who are desperate to get on the housing ladder cannot afford to because there aren’t enough homes. The government wants to build 300,000 homes a year to tackle this, but we simply don’t have enough skilled and qualified people to build those homes.

Then there’s Brexit. A substantial amount of our workforce is here from the EU. In a post-Brexit world, we need to seriously consider what we’re going to do if that flow of labour slows.

Combine all these problems and you have the perfect storm: a sector with increasing demand and not enough workers to meet supply. So how do we solve it?

First, we need to get better at attracting people to the sector, and that starts with addressing the built environment’s stark lack of diversity. The statistics make for uncomfortable reading. According to the Office for National Statistics (ONS), women make up just 18% of the workforce across the whole sector. In construction specifically, women make up less than 1% of the labour pool.

”To make sure the apprenticeship levy doesn’t become a tax, businesses need to be taught how to access this money and how to use it to hire and train a younger and more diverse workforce”

Education is one of the keys to engaging people from different genders, age groups and ethnic backgrounds. By making education and learning about the sector more accessible, we at UCEM believe that anyone can start a career in the built environment.

We’re certainly doing our bit. We have just north of 4,000 students, and some 97% of them are in work. Our programmes are specifically designed to help anyone with an interest in the sector start or further their career. With 950 apprentices, we are also the largest provider of degree apprenticeships in the British built environment sector and one of the biggest providers of degree-level apprenticeships in the UK in general.

Last year, we acquired the operations of the Chartered Surveyors Training Trust (CSTT), which focuses on bringing young people from less economically wealthy backgrounds into the sector through outreach and support. It’s just one example of our work to engage with future talent for the built environment, and we believe it’s a very important piece of work.

However, we can’t fix these problems alone; change also needs to come from elsewhere. This is why we’re such big supporters of the government’s apprenticeship scheme. Yet it’s far from perfect. During National Apprenticeship Week, I wrote a letter a day to the five most senior members of government responsible for apprenticeships outlining all the issues with the system, and proposing the required solutions.

For example, although there are some merits to the apprenticeship levy, it also has problems. Businesses with a payroll of more than £3m a year need to pay into it, but it sits substantially unused in many cases and any unused levy goes back to the government after 24 months. This effectively turns it into a tax. 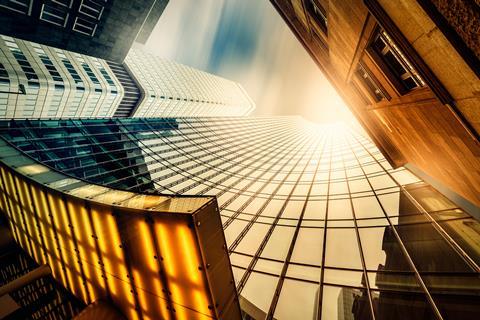 So to make sure the levy doesn’t become a tax, businesses need to be taught how to access this money and how to use it to hire and train a younger and more diverse workforce. The system is there, but the government needs to do a better job of enabling employers to use it effectively. Without it, the skills gap will continue to grow.

Less red tape would help here as well. Apprenticeships need to adhere to certain standards before employers can spend their levy on them. Many of the required apprenticeship standards have been developed, but large numbers relevant to the built environment sector remain unapproved. The government needs to approve apprenticeship standards quicker and work more in partnership with employers to identify which ones urgently need to be approved and at the appropriate levels of funding.

Regulation also comes in the form of what professional bodies demand of us. All of our degree programmes carry accreditation from professional bodies, such as the RICS. This is a benchmark that we’re happy to meet, but it can also make offering programmes in future skills such as modular construction difficult and ideally we need to be able to deliver those programmes in order to future-proof the sector too.

There are signs the government is listening to us. In the recent Budget, chancellor Philip Hammond promised that by 2020 employers would be allowed to use up to 25% of the apprenticeship levy on subcontractors. That’s a welcome change, and it will certainly help to bring more people into the built environment workforce, as well as the change in the co-investment from 10% to 5%, but we still have a long way to go.

We need to act now. Brexit, the ageing workforce and the housing crisis are all immediate problems, and they will all have lasting consequences if left unsolved. I fear that future generations will judge us harshly if they discover we knew that there was an issue and we did nothing to solve it.

That’s why the sector needs to develop a collective approach on this agenda. While we’ve been campaigning and lobbying for the past few years, we are just one voice. If we want the government to instigate proper, lasting change, we need to be one movement with one clear message.

That message is one most working in the sector will agree on. Apprenticeships might not be the perfect solution to the construction industry’s skills shortage. However, with the right refinements to the process and with less bureaucracy, they could be an extremely good and valuable one.

University College of Estate Management (UCEM) is the leading provider of supported online education and the number-one provider of surveying degree apprenticeships within the built environment. The institution will be celebrating its centenary year in 2019.