Setting out a universal net zero standard for industry 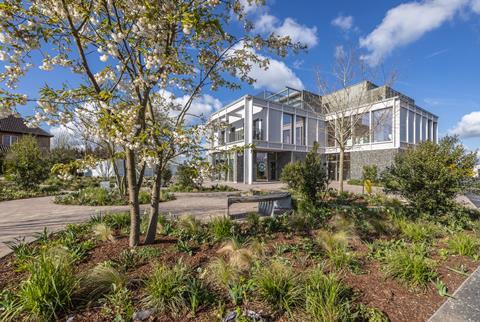 In 2021, Argent’s then head of sustainability and digital strategy Claudine Blamey spoke to Property Week about the vast number of net zero definitions in use and the need for standardisation in order to address the problems with the current situation, especially the fact that it makes it hard for investors to compare built assets on a like-for-like basis, from a carbon standpoint.

Sixteen months on, I have just been appointed as chair of the Net Zero Carbon Buildings Standard (NZCBS), the purpose of which is to lay out a single agreed set of performance targets for different asset types in the built environment. In addition, the initiative will enable landlords that claim their buildings are net zero carbon to demonstrate that they meet decarbonisation trajectories. So, what progress has been made to date?

Over recent years, it has become ever more apparent that the plethora of different rating systems for buildings is hugely problematic. That isn’t to criticise any of those methodologies, all of which are robust on their own terms. But the lack of standardisation does mean there is no single system that the whole of the built environment can point to and say ‘we’re designing and building to this standard and our built assets will also perform to that standard’. This makes it difficult for lenders and investors to make informed decisions.

The NZCBS is trying to bring every part of the built environment industry together behind a single, universally adopted standard. It is being promoted by a group of professional bodies – the BBP, BRE, the Carbon Trust, CIBSE, IStructE, LETI, RIBA, RICS and the UK Green Building Council. This sends a strong message that it is the professionals in the built environment who have initiated the standard, and it will be representatives from these professions who will provide the technical expertise that defines and underpins the standard.

Of course, devising the standard itself is a huge undertaking, so it makes sense to break the work up into manageable chunks. As a result, we now have five task groups looking at the different technical aspects of net zero and how they should be measured. This has involved pulling people together from all the main sectors of real estate, including offices, residential, education, logistics and retail, to analyse how buildings in these areas are constructed and operated. Crucially, this involves thinking about embodied as well as operational carbon emissions.

On top of that, we are looking at carbon accounting and how the standard should be verified and disclosed. This is a vital exercise as this is what will be most important to the people who own and fund real estate – the banks and investors. Provided they have confidence in the methodology, they will be able to use the standard when reporting on their environmental, social and governance (ESG) performance in their annual reports – a practice that is now firmly entrenched. 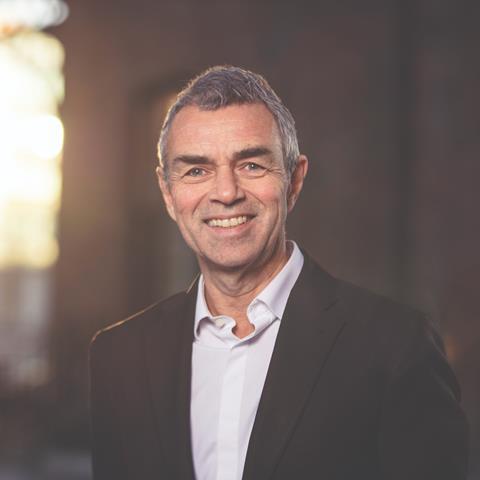 Currently, developers and landlords can pick and choose between various standards, meaning they can present their ‘best face’ to lenders and banks and (potentially) bury uncomfortable truths. For instance, while most standards are alive to the issue, there are still some that take little to no account of embodied carbon, which is clearly nonsense. If we get this right, it could mean an end to greenwashing in the real estate industry.

It’s still early days, but I’ve already had conversations with the British Property Federation, which I was fortunate enough to be the president of in 2020-21, as well as the Investment Property Forum and the Property Industry Alliance. These organisations recognise the challenges we’re facing and want to be involved in overcoming them. This means testing the standard with them and ensuring it meets their needs in terms of reporting their ESG performance – something that we are committed to doing.

In the same vein, we are looking to have the standard adopted by the construction industry through my relationship with the ConstructZero initiative of the Construction Leadership Council.

We must also have at least one eye on what is happening in other parts of the world. While most, although by no means all, developers and contractors tend to be UK-centric, the same cannot be said for investors, architects and consultants. Ultimately, we hope that the standard we are developing will be adopted at a global level so that it can provide a level playing field for all investment and banking communities.

This means having a serious regard for robust methodologies that are being deployed around the world. Relatively speaking, the UK is pretty advanced when it comes to sustainability standards for the built environment, particularly in commercial property. But we certainly don’t want to appear dismissive of the good work being done elsewhere or produce something that contradicts these programmes.

Instead, it is vital that our standard is created in line with best practice abroad as well as at home. Australia, for example, has developed one of the most progressive standards around, while emerging and developing economies tend to gravitate to a system designed by the World Bank. Having said that, it is likely that some metrics will have to be tweaked for different geographies, especially because energy infrastructure is so different in each location.

For instance, the UK is more advanced than most territories in terms of its move away from the use of natural gas and the decarbonisation of its electricity production. This is very different to the situation in North America, which is largely self-sufficient when it comes to gas, and Europe, which in the past 10 months has demonstrated it is still dependent on Russian gas to keep the lights on.

There is, of course, also a political element to all of this. The NZCBS is industry-led precisely because we want to demonstrate to government that the built environment is committed to net zero and wants to act quickly. We cannot afford any more political backsliding when it comes to carbon change. If it can be demonstrated that net zero is embedded in our industry, the responsibility will be on government to play catch-up.

We’re still in the foothills on engagement with government, but we have already started conversations with the Department for Business, Energy & Industrial Strategy and the Department for Levelling Up, Housing and Communities. The hope is that once the scheme is up and running, we can liaise directly with government and see where it can help with implementation, whether that’s through endorsement, changing building regulations or embedding it in planning regulations.

So, we still have a great deal to do. However, the level of buy-in from the industry is highly encouraging and the expert groups that are already up and running are second to none in their technical expertise. Alongside many others developing real estate in the UK, Related Argent has made a commitment to achieving net zero carbon at Brent Cross Town. The hope is that we will soon have an NZCBS against which we, and the rest of the industry, can measure that pledge and I have every confidence that the standard will also command the respect of financial institutions and governments alike.

Related Argent’s vision is to be a great city builder for people, planet and prosperity, improving urban life for all, every day. This means developing astutely, sustainably and with social purpose.

The company has an £8bn UK development pipeline, which includes the delivery of two major London regeneration schemes featuring more than 8,000 homes, over 3m sq ft of office space and 50 acres of parks and playing fields.