Private rented sector (PRS), student accommodation and build-to-rent (BTR) landlords and managers will know the headache that comes with check-out disputes, most commonly disagreements over deposit deductions, which can sap time and create ill-feeling. 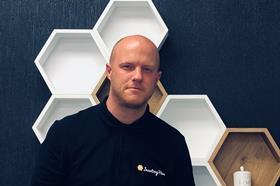 Inventory Hive aims to make what has long been a painful process simpler and more transparent. The company’s software – a paperless reporting platform accessible by desktop or app – enables property managers to effortlessly handle the tenant check-in and check-out process on a cloud-based system in which all reports are stored, creating an audit trail and minimising the likelihood of a dispute when the tenant moves out.

A key function of the software is tenants’ ability to interact and upload issues by taking and uploading a photo of a stain on a carpet that was there when they moved in, for example, which will be saved as proof that the damage was caused by a previous occupant.

Launched in the summer of 2015, the software dovetails with the changing relationship between tenant and landlord in which the former is increasingly treated more like a customer than a rent-payer.

At first, agents were wary of enabling tenants to use the software to provide feedback. Now, many now see it as an advantage that bridges the gap between the tenant and landlord or manager, encouraging problems to be dealt with as they arise rather than at the end of the tenancy when they can cause delays and contention.

The software was first developed for the PRS but not long after launch, Inventory Hive began working with universities – including Cambridge, Coventry and Northumberland – and student accommodation managers. Due to the similarities between the two sectors, this led to it also being used by some of the UK’s biggest BTR landlords and managers.

They use the software to send new tenants pre-arrival documents such as energy performance certificates and fire safety records, to manage the inventory process and to engage with tenants. 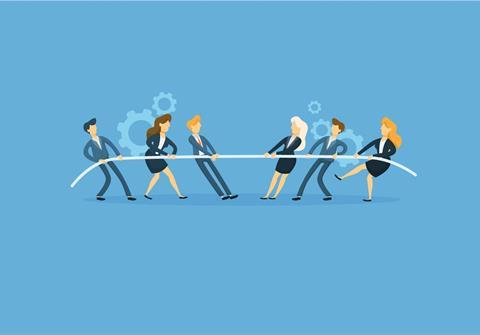 The tenant signs a digital report to confirm they have received the relevant documents before they are given the keys – this feature is built into the Inventory Hive system so there is no need to sign up to a third-party document signing service – and documents needed for pre-tenancy checks are generated based on region to account for the differing laws of England, Scotland and Wales and updated regularly in accordance with compliance changes.

These updates are especially important at a time when inventories are moving from being solely about properties’ cleanliness and condition to a more complex process that includes fire alarm checks and a number of other health and safety requirements and has evolved further still since the Homes (Fitness) For Human Habitation Bill – which incorporates damp and mould checks – set to be rolled out in the foreseeable future.

On the inventory side, the software can be integrated with 360° cameras to capture whole rooms, allowing more robust ‘before’ and ‘after’ comparison when an occupant leaves the property.

Inventory Hive offers free training to ensure its clients’ employees are aware of all the software’s functions and capabilities and are able to use them and provides support – including an online chat system – to answer any queries users may have.

This training element is something the company believes is key, particularly because it sees inadequate training and change management as a barrier to the widespread adoption of proptech.

In terms of pricing, Inventory Hive’s model is to charge per property rather than per report, per user or for the amount of data stored, as is usually the case. So, for example, companies pay £172.50 plus VAT a year or £20 plus VAT a month for unlimited reports generated by unlimited users on up to 50 properties. The software can be customised to include a company’s branding for an additional charge.

Since launching three and a half years ago, Inventory Hive has grown rapidly. It has moved offices three times in the last 18 months to cater for its growing team; currently generates between 45,000 and 60,000 approval emails each month; stores 18 million images, with more being added all the time; and has recently become a member of the UK Proptech Association.

It is not resting on its laurels though. The software is updated regularly by its team of in-house developers – often in response to feedback from users – and more change is to come in 2019.

It will introduce an API access platform enabling the software to be integrated across a range of systems in the market. This accompanies integrations already in place with maintenance programme Fixflo. It has further plans to partner with other system providers across the PRS, BTR and student accommodation sectors.

New capabilities will also be added that will be available to existing users without extra charge. Detail on exactly how Inventory Hive will evolve is currently under wraps but the plan, ultimately, is for its software to become more than an inventory platform.

If the company is successful in its aim to encourage early and regular engagement between tenants and landlords/managers, the disputes that so often mar the end-of-tenancy process will be few and far between.