Act 1 in the recovery of the Irish property market has very much seen private equity funds take the lead role. 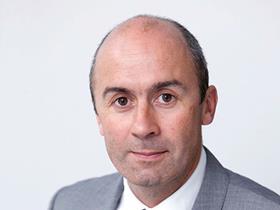 However after 2 years of frenzied activity the stage is set for an Act 2 where long term capital providers like the recently launched REITs will take over as the main buyers in the market.

A market that back in the early 2000s would have seen under a billion euro in property and CRE loan deals each year is now set to exceed €5bn in 2014. Since the bursting of the bubble most of the heavy lifting has been done by international private equity funds like Lone Star, Blackstone and CarVal, who have been willing to deploy huge amounts of capital when others were too fearful to step up.

That has changed in the last 18 months particularly with the launch of the new REITs, first with Green, then Hibernia, and more recently IRES, focussed on the residential sector. Whilst the PE investors are wrongly derided by some as “vultures”, what is fair to say is that their return thresholds are high, their time horizons are short and they are likely to be looking to exit soon. REITs are part of the long-term solution to Ireland’s changed property ownership model, and I anticipate that as Spain and other European countries continue their efforts to replicate Ireland’s recovery, we will see the REIT model play an increasing role there too.

In 12 months since Hibernia’s IPO we’ve been exceptionally busy, with almost half a billion euros committed, and the financial headroom to invest at least the same again over the next 18 months. We’ve focused on Dublin city centre office opportunities and with a weighted average holding period of under 4 months, have reported a 10% valuation uplift for the six months to September 30th 2014.

We were fortunate enough to be able to raise €385m in a blind “cash box”, and find investors willing to back our management team to invest the cash wisely. All the Irish REITs experienced the odd sensation of their shares trading at substantial premiums to the IPO pricing even before a single asset had been bought.

In Spain, where you have seen 4 REIT IPOs so far this year the cash box model has been less successful and the environment for this model of fund raising is more challenging.

Instead I think government agencies like SAREB in Spain will need to seed credible management teams with property portfolios and then allow them to tap capital markets. The government run “bad banks” should also look to do bulk deals bundling assets or loan portfolios and sell them on to existing REITs.

In Ireland NAMA has indicated its plan to accelerate asset sales and has said that it will look to create tranches that are a size (c.€250m) that would be attractive to REITs and other long-term equity investors. Another source of deal flow that we anticipate in 2015 will be as the PE investors, as they look to recycle their money out of Ireland and take advantage of some of the recovery opportunities elsewhere in Continental Europe. The natural buyers for some of these assets will be the existing REITs, domestic property and pension funds, and what I anticipate will be an increasing number of long term international funds attracted to a market whose sovereign credit rating was recently upgraded to A by Standard & Poors.

One reason Ireland is attractive as a jumping off point in Europe for US money looking for returns is that like the UK it has a legal system that is robust and will enforce loans so creditors can gain access to property. This has not proved the same in Continental Europe and is why it will likely take a lot longer for their banks to deleverage and work through the detritus of the property bust.

In the US traded REITs account for a sector market capitalisation of over $600bn, a multiple of their scale in Europe. The scope for the expansion of the sector is huge. As we look at the outlook for 2015 in Ireland the future looks bright for the sector, with all the indications for continued growth in asset prices over the next 12 months. As a model for the wider European solution to the deleveraging conundrum, Ireland continues to be a reference point providing a positive narrative to follow.