Residential Land chief executive Bruce Ritchie has called for a temporary halt on stamp duty to restore confidence within the housing market. 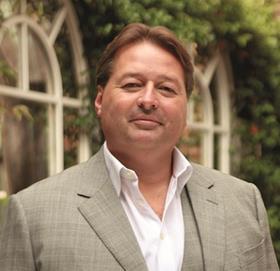 Speaking at Property Week’s RESI conference, Ritchie said that, although changes to stamp duty from 2014 onwards had not yet had a material effect on the number of transactions, certain parts of the market were stalling.

“Residential has had more than its fair share [of policy changes] in the last few years,” he said. “We should have a moratorium on an immediate basis so the market can regain confidence and be allowed to grow.”

His position was backed up by Gráinne Gilmore, the head of UK residential research at Knight Frank, who said the local housing need consultation launched by the government yesterday added weight to the argument for a moratorium.

“The consultation the government launched yesterday calls for local authorities to recognise the type of housing they need, and encourage people to live in housing that suits them,” she said. “We could say, let’s stop charging these people stamp duty for a while to get things going.”

Ritchie, a staunch backer of Property Week’s Call Off Duty campaign, also said that the stamp duty regime was affecting the amount and quality of new development.

Watch our exclusive interview with Bruce Ritchie at RESI 2017

“It is difficult to win an argument with politicians about tax if they have got more money in their coffers than before and transactions haven’t gone down,” he said. “If you ask agents such as Knight Frank and Savills, prime central London transactions are down by around 30%, but it has been replaced by a whole lot of smaller transactions that have been taking place at the lower end. ‎

“It’s stagnating a large chunk of the market, and it also means less affordable housing is being built, because there is less new development going on.”

Gilmore said that, following a “huge spike” in transactions just before the 3% surcharge for second homes was introduced in April 2016 and subsequent drop off, some momentum was now being regained. But she added that the usual churn of the housing market had been affected.

“Where we’ve really struggled is the people in the middle – the home movers and the churn in the market that has seen a real fall. People are staying in their homes rather than moving up or down the housing ladder, and that has a knock on effect on development,” she said.

Ritchie added that the quality of new development had fallen as developers tried to build homes that narrowly missed the threshold for the tax. “The properties that are being developed are shrinking – we are not building the same family-sized homes we were building, and that’s the generational effect of what George Osborne did,” he added.

Follow all the highlights throughout the event with #RESIconf on Twitter and see the agenda in full at resiconf.com