Housing minister Alok Sharma has said the government is open to providing government support to local authorities struggling to fund the retro-fitting of sprinkler systems to social housing blocks in the wake of the Grenfell Tower tragedy. 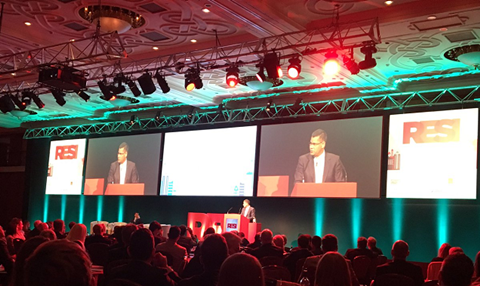 Speaking with Property Week at RESI 2017 after his first speech since being appointed as the minister for housing and planning in June, Sharma said that while local authority landlords should look at how to pay for retro-fitting sprinkler systems to their social housing stock, his department was open to discussing any concerns they have about raising the funds.

His comments follow the findings of a freedom of information request yesterday that found only 2% of UK social housing tower blocks have a full sprinkler system.

The request by BBC Breakfast showed that just one in 50 local authority tower blocks had full sprinkler systems and only one in three had more than one staircase through which residents could be evacuated.

Following the findings, which questioned 56 local authorities and housing associations in towns and cities and received responses relating to about half of the UK’s estimated 4,000 tower blocks, the government initially answered calls to fund the fitting of sprinkler systems by saying it was the responsibility of local authorities to find the cash.

However, Sharma indicated the government position had softened in the last 24 hours.

“We want to make sure people are kept safe and at the end of the day this is about making sure essential work is done to ensure that,” said Sharma. “It’s a requirement for landlords to keep their tenants safe. So, they need to look at if they can fund this themselves.

“If they have any concerns they should approach us. We’ve had a number of local authorities approach us, and we’re discussing with them whether we can do anything in terms of headroom for them. But this has to be a bilateral discussion.

When asked specifically if, by “headroom” he meant central government funds may be available to local authorities he added: “What I mean is flexibility in terms of financing. But, this has to be a bilateral discussion, which is what we’re having.”