A good PRS will come to those who wait

Things are already looking good for the institutional private rented sector (PRS) in 2015. 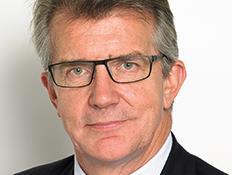 Next year will be dominated by the general election in May, but the main political parties have the housing agenda at the top of their list and are attuned to the need for an efficient private rental market.

The past year was a real test for the PRS. Enthusiasm has always faded with the onset of a buoyant housing market and so 2014’s sustained, nationwide house price inflation (HPI) could have stopped the burgeoning institutional private-rented market in its tracks. However, the sector continued to grow dramatically and, with forecasts of more modest HPI for 2015, its prospects for further growth look good.

The proportion of people renting rather than owning will continue to rise and I predict we will see more institutional investors enter the sector, helping to create greater choice for the consumer and increased partnership opportunities for existing investors such as Grainger.

That’s not to say that our work is done. The establishment of this asset class was always going to take 10 years and I would argue that 2014 was year four (remember, the 2012 Montague Review was commissioned in 2010). This means that, on its current trajectory, PRS will, I believe, become an established property asset class by 2020.

So, why will this take so long? As it stands, the institutional markets are not buying individual buy-to-let homes. Rather, they are commissioning, forward funding, forward committing and even building purpose-built apartments or estates of houses that can be owned and managed as one block. By the time they have navigated the planning process, gone out to tender and begun construction, the whole process can take years.

In July 2013 I wrote in these pages that the creation of a rental covenant — a policy idea whereby local authorities designate land for a set period, for rental homes only — was essential to accelerate the delivery of new, purpose-built PRS units. Unlike the PRS ‘use class’, which some have called for, the covenant is simple, effective, flexible and does not require any change in legislation. It is encouraging to see both the Greater London Authority and Manchester City Council making use of it to build rental homes on their own land.

The covenant allows homes for rent to be built alongside homes for sale with no impact on absorption rates, meaning that the industry could significantly increase the number of new homes built. The benefits are self-evident and so all stakeholders need to now get behind the covenant and drop the ‘use class’ idea.

I also hope that we will see significant release of public land next year. Local authorities sit on vast swathes of (often brownfield) land and the Lyons Housing Review rightly recommended that government should set a target for “the release of sites for 200,000 homes over the next parliament”. Combined with the rental covenant, this could make a real difference to the delivery of new homes.

If government gets this right, 2015 could be the year that our industry finally begins to close the supply/demand imbalance in the new homes market.