A year after Birchgrove launched with backing from Bridges Fund Management, the retirement living developer has snapped up two new sites. 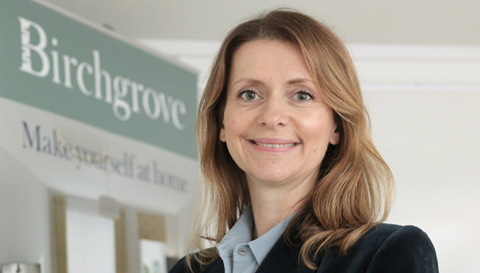 The company, which is the first in the sector to focus solely on the rental market, bought its second site, in Ewell near Epsom, last month and added its third, in Woking, last week. Its first, in Sidcup, south London, is under construction.

What scope is there for rental retirement housing? We’re at 0.5% penetration for retirees living in rented retirement housing in the UK – in Australia that figure is 6%. There’s so far to go before this market is overexposed. We could build for another 50 years and not come close to meeting demand. Most potential tenants say they wish they’d done it earlier so we need to promote the sector and build it up by word of mouth.

What is the financial appeal?

It can create strong returns for investors – retirement rental could be the next student accommodation. Birchgrove will be the litmus test before others enter the market and we’re looking forward to that.

How important is the backing of Bridges?

We wouldn’t be anywhere without them. They came up with the model and are aware of the speed at which we can develop and the issues involved in acquiring land. Being a social impact fund, they are always pushing us to prove how we are making a difference beyond just the schemes.

For example, our four-person sales team at Sidcup are all recent retirees who wanted to return to work. It’s a different challenge to investing in standard build-to-rent and Bridges understands that.

What attracted you to the role?

Coming from the background of being involved in care rather than property, the idea of making a genuine difference in people’s lives has always been crucial to me. So when Bridges came to me with the proposition of building up a company and buying land to create schemes for assisted living for rent, I thought “that’s the opportunity I’ve been waiting for”.

We’re seeing annual growth of 357,296 people aged 55 to 90 and so many of them end up in a ‘deathtrap house’ where they can’t move out because of stamp duty. At a Birchgrove rental scheme we give tenants a chance to have support but also to live their own lives.

How many sites are you looking to buy and where?

We’re targeting six to eight additional sites by 2023. In our model, developments make sense at 80 units, but all we seem to be able to get inside the M25 are 50-unit sites. So we’ve decided to focus on multiple 50-unit sites close together and create a hub-and-spoke model with one general manager, one sports co-ordinator and the chance for residents to go offsite. We want to create an environment where a resident in Woking can go enjoy Ewell and vice versa, that’s the idea – building up a holistic model.

We definitely feel the rental model works best for those with a large asset to liquidate so the South East is the most logical place to start. We’ll try to move out across the rest of the UK once the model is proven.