Co-living has come to the Midlands, in the shape of a new scheme being developed by The Studios 24 in Wolverhampton. 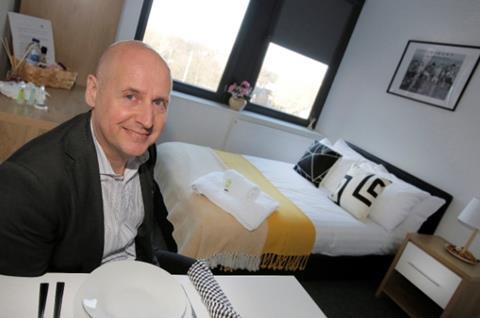 The scheme, a converted office tower formerly occupied by collapsed construction firm Carillion, will have 218 en-suite rooms as well as shared kitchens, working and relaxation areas, a café and bar, a gym and a laundry.

Fifty-five rooms have already been completed and let, and the rest of the scheme is scheduled for completion by spring 2020. Now the firm is looking to expand its model to other cities.

Property Week spoke to The Studios 24’s managing director, Barry Glantz, to find out why he is so confident that the co-living market will work in the regions, and where the company will be looking for its next projects.

Glantz was previously a director at Willowacre, a prime property company that has developed housing worth £200m in central London. He became interested in co-living around 2015, when his daughter was at university and he realised that while the student accommodation market was doing well, there was gap in the market for people leaving university and embarking on their first jobs.

“Student accommodation is very well funded and all the big investors are in it,” he says. “But I thought: what is there for people in their 20s when they leave university or move to another city? The options weren’t that great.”

Around the same time, Glantz became aware of The Collective’s scheme in Old Oak, London – the first co-living development in the country to be completed. But he was not interested in the capital.

“I have 30 years’ experience of doing developments in and around London, but I decided to look further afield,” says Glantz. “The fact is that the yield is there in the Midlands – you are looking at yields on two-bed flats of around 8% to 9% and on [the kind of accommodation] we are doing the yields can be even greater, which means we can offer people a better way of living.” 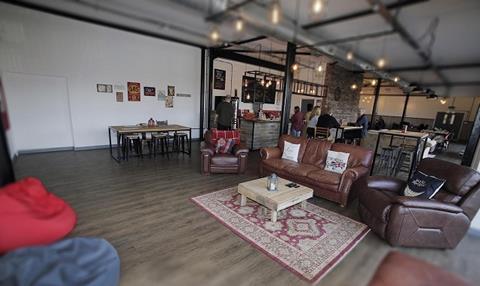 The building on Birch Street in Wolverhampton was selected as the first project for The Studios 24, which is backed by Assetz Capital. The 80,000 sq ft property was built in the 1960s for building materials company Tarmac and was Carillion’s headquarters until 2015, but has since lain vacant.

The Studios 24 took a 125-year lease on the site and Glantz says he wants to replicate this model with other vacant or under-used commercial buildings. He says there are lots of opportunities of this nature, although he concedes that they might be pipped by for-sale developers on some schemes.

The most high-profile co-living schemes that have been developed in the UK so far are in major cities such as London and Manchester, but Glantz is confident that they can work in smaller cities too. “Coventry, Leicester, Plymouth, Southampton, Cardiff – these sort of cities could do really well out of co-living,” he says.

“There are always young people who have got jobs and are looking to move house or leave home – they might not be earning London wages but we just need to price it at a level that works for them,” he says.

Rents at the Wolverhampton scheme are £600 per month including bills and council tax. Glantz accepts that given the transient nature of this target market, tenants may not stick around for long – and says the building will provide the flexibility to accommodate this. “We anticipate that people will only stay for nine months or so. It is easy to come in and then leave,” he says.

Given the demand for flexibility and affordability among the younger generation, whatever city they live in, it seems that The Studios 24 could be on to a winner.