Coronavirus is yet to affect housing sector

Stock markets may have been badly hit but so far there is little evidence that coronavirus has had an impact on the housing market. That may change and experts are warning that it could put a dampener on what is still a tentative housing market recovery. 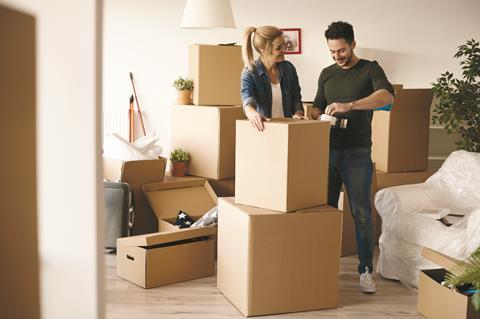 According to Savills’ latest UK housing market update, published at the end of last week and based on Nationwide’s February House Price Index, house prices rose by 0.3% in February.

While this is down from the 0.5% rise in January, on an annual basis prices were up 2.3% – the strongest performance for 18 months. The report adds that February was also the fifth consecutive month of house price growth – the first time that has happened since early 2016.

But what are estate agents reporting on the ground? While several agents Property Week contacted did not want to comment on the record, many report that they have seen little impact from the spread of the virus so far.

“We’ve been looking at applicant numbers for the past couple of weeks and they are still 40% up on the same time last year,” says Dominic Agace, chief executive of Winkworth.

“This week, they are ahead of where they were last week. So people are still looking and deal numbers and so on are all continuing. At the moment, everyone is cracking on with it.”

However, some agents are concerned. James Pendleton managing director Lucy Pendleton says the virus has thrown the rising markets “into doubt”.

“Not even a week has passed since the virus began to prompt the worst stock market sell-off since the financial crisis so it’s very difficult to tell what effect it will have on consumer confidence in the property market,” she says.

“Coronavirus impacted our business for the first time on Wednesday, stealing away a sale that was just days from exchanging.”

It remains to be seen whether many other deals collapse, but the early signs are fairly positive.

In a consumer survey conducted for agent Benham & Reeves last week, 82.7% of homebuyers and sellers said they would not put a purchase or sale on hold this year because of the coronavirus threat.

Just 8.7% of people said they had been in the process of buying or selling but had called the deal off, with another 8.6% saying they had planned to buy or sell this year but had decided to put their move on hold.

Research analyst and Property Week columnist Alastair Stewart says the coronavirus has had no impact so far but this could change. “I walked down Oxford Street at lunchtime and it was virtually deserted. This suggests there could be an impact on consumer sentiment, which more than most things drives housing decisions,” he says.

“You’d think there would be a bit more reticence, as was the case with Brexit, but it may be that Brexit has been weighing so much on people’s minds for so long that people are just getting on with it.”

While generally positive, Savills’ market update also strikes a note of caution. “[The] positive outlook is tempered by increased risks to the wider economy,” it says. “Alongside Brexit’s return to the headlines as trade negotiations begin, the spread of coronavirus may have a substantial impact on the global economy.” How deep that impact could be remains to be seen.