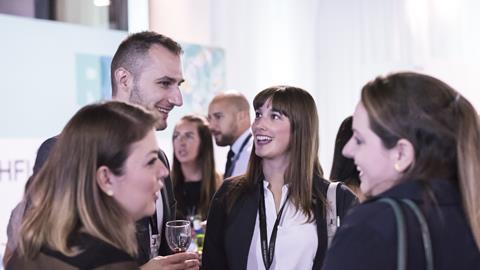 The central themes of ‘Debate. Diversity. Delivery’ were epitomised by the inaugural list of RESI Trailblazers announced on the opening night, the teams who took part in the second RESI hackathon and the fact that 37% of the speakers and panellists were women.

Hot topics included why housebuilders need to ‘wean themselves off’ Help to Buy, the role of modular construction and what build-to-rent (BTR) needs to do to shed its reputation for providing posh flats for young professionals and become more accessible to all.

Here are the key takeaways:

In a market overview to kick off the main conference day, Lucian Cook, Savills’ head of residential research, noted that the London housing market slowdown was starting to have a negative impact outside the capital. “A reverse ripple effect coming out of London is resulting in a weaker housing market across the country,” he said.

His colleague, associate director Lawrence Bowles, added that large housebuilders would have to “wean themselves off Help to Buy”, which the government has committed to fund up to 2021.

Berkeley Homes chairman Tony Pidgley challenged James Murray, deputy mayor for housing at the Greater London Authority (GLA), over the “stupidity and ridiculousness” of the planning system. He said drawn-out processes for compulsory purchase orders, section 106 agreements and planning call-ins were delaying schemes for years in the midst of a “housing crisis” and branded some council planning departments “awful”. 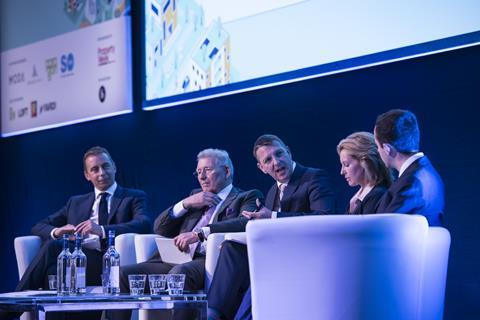 Murray later told Property Week that under-resourced planning departments were a core reason for these delays. “We have to lobby government to allow councils to set their own planning fees,” he said, adding that many applicants would be willing to pay more for a faster and more efficient service.

More than 90% of the audience polled by sli.do said ‘red tape’ was the biggest barrier to solving the housing crisis. But Tom Walker of Homes England put the issue in perspective with the sobering point that “one person’s red tape is another’s fire safety regulations”.

Everyone was waiting for the keynote from new housing minister – the fourth in 12 months – Kit Malthouse. Would he prove friend or foe? The answer was a bit of both. As well as lambasting those in the industry who believe “the wind of change, innovation and disruption isn’t coming”, Malthouse sought to persuade the audience that the government was innovating. 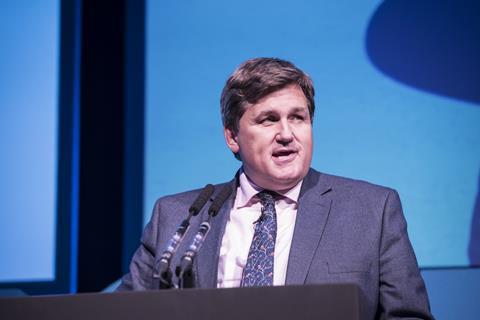 He highlighted the £1bn fund to support SME housebuilders launched on the first day of the convention by Barclays and Homes England and new National Planning Policy Framework guidance on BTR, also published last week. He said the latter would “encourage local authorities to look at this market and plan for it in their housing allocations”.

As the first generation of BTR schemes comes on stream, the question is: where will the sector go next? The consensus was that the sector needed to move away from just offering premium schemes aimed at young professionals.

Alexandra Notay, fund manager at PfP Capital, said her “favourite statistic” was that 50% of children born in the present day will be only children”. This meant the next generation of BTR homes would be more family-friendly, she said.

“There is room to manoeuvre in terms of what the traditional family home is seen as,” she said. “A nice apartment is a viable option for many families now.”

Murray also espoused the virtues of BTR and said he wanted to extend the benefits to a wider social group. “We want to make sure that the advantages of BTR – good-quality, secure, stable, long-term rented housing – are available to Londoners as a mainstream option, not just a premium thing,” he said.

Delegates heard that the good news for those wanting to get into the sector was that debt is now much more widely available for BTR development than it was a couple of years ago. 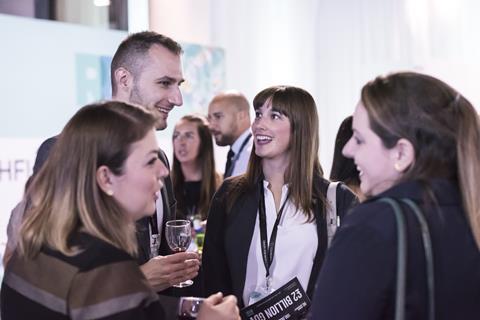 Richard Jackson, managing director of Apache Capital Partners, said that in 2016, it received just two viable offers to finance Angel Gardens, the 466-flat tower it is developing in Manchester with Moda Living. By contrast, for its latest project in Liverpool, the firm received seven or eight offers he said it would have been happy to accept.

There are still challenges with BTR funding. Developers and lenders often do not see eye to eye on valuation and lenders remain cautious about innovations such as modular construction. However, Stacey Flor, a managing director in Wells Fargo’s UK commercial real estate team, said she expected availability of finance for modular schemes to improve thanks to “a continuing education process”.

Pioneers of modern methods of construction (MMC) such as Urban Splash, TopHat and Pocket Living predicted a “seismic shift” in the uptake of MMC and modular over the coming years. Sarah Davies, head of core projects at Pocket Living, which built its first modular home in 2016, predicted that between 40% and 50% of its homes would be built using modular before long.

Last year, the government said it would adopt a “presumption in favour” of modular on publicly funded projects from 2019. Although industry experts welcomed this move, many argued that the government could do more to support offsite manufacturing.

Davies called for a government-backed accreditation system and a fast-track route through the planning system for modular-built schemes.

When asked whether modular’s association with the low-quality prefabricated buildings of the past had tarnished people’s perceptions, Urban Splash founder Tom Bloxham said: “10% of the population may hate modular. 10% may love it. 80% of people don’t care. All they want is a bloody good house.”

Later, Metropolitan chief executive Geeta Nanda called for more financial support for modular. “Lots of independent organisations are building modular, but if we’re going to get any significant scale the industry needs more financial backing and more production in the right places,” she said.

The seven teams in the second-ever RESI hackathon were tasked with devising an app that promotes rental accommodation to Generation Rent.

Participants came up with a raft of prototypes from lettings portals specifically designed for BTR schemes to platforms enabling tenants to organise community events and gain rewards for doing so. 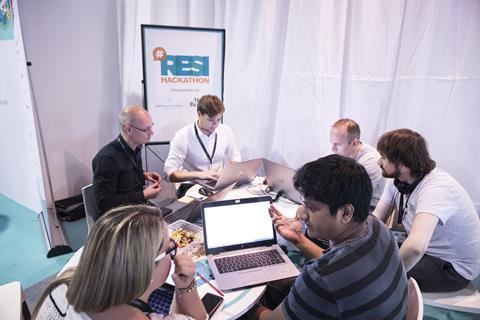 One of the judges, Osborne Clarke’s head of real estate Conrad Davies, was impressed by the range of new ideas presented. “I don’t see why any of these ideas, with energy and capital, shouldn’t be taken forward,” he said.

Life Cycle, a platform allowing tenants to build up a financial stake in the ownership company of their BTR scheme, was crowned the winner, while Healthy Home, an app that allows landlords and tenants to organise surveys of their buildings’ health and wellbeing credentials with qualified surveyors, took second place.

“Any good landlord knows it’s not just about getting the tenants in, but keeping them and making them happy and comfortable,” said Johnny Sandelson, founder of hackathon sponsor Westbourne Capital Partners.

The housing crisis was a hot topic at the conference – but some may have been surprised to hear that it is not limited to humans. RSPB project director Adrian Thomas spoke about the “wildlife housing crisis” and how the charity is attempting to provide homes for species in decline through its work with Aylesbury Vale District Council and Barratt Developments.

“The housing industry could be the saviour of the frog,” he said.

When just one or two in the audience raised their hands, he quipped: “Might I suggest, ladies and gentlemen, that we are totally and completely f****d?” 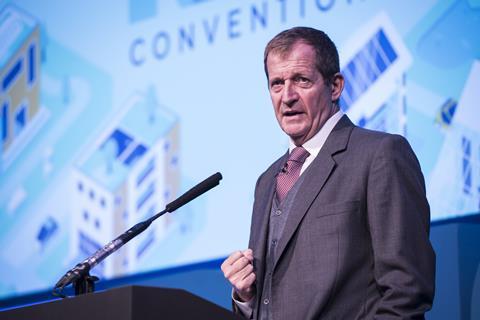 Campbell went on to outline why the UK was in such trouble. Asked which way he would vote today, the life-long Labour supporter said he wasn’t sure such was the state of British politics right now.

His comments offered a sobering, if insightful, conclusion to an otherwise remarkably upbeat RESI – and one that was undoubtedly the most immersive, inclusive and informative to date.