The British Property Federation (BPF) and experts from the student accommodation sector are calling for international students to be excluded from the government’s immigration targets. 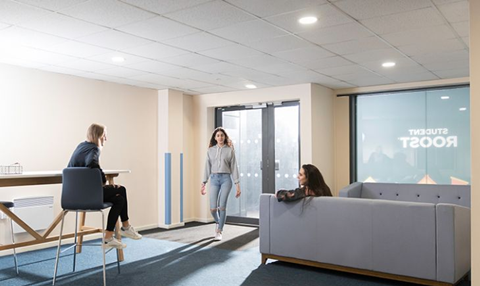 Drawing on input from higher-education experts and student accommodation providers, the BPF last month submitted its response to the Migration Advisory Committee’s (MAC’s) call for fresh evidence on the economic and social impact of foreign students on the UK. The move was prompted by the release last year of data that revealed the number of students staying in the UK illegally was around 5,000, far lower than the government’s previous estimate of 100,000.

So what arguments did it put forward and what are the chances of a change in policy?

Current government policy classifies overseas students from outside the EU as immigrants, a position May has justified in the past by arguing they pose a risk to the UK because many outstay their visas. However, EU students are currently treated in the same way as domestic students, so have their tuition fees capped, and there is uncertainty about what will happen to them beyond the 2019 academic year, when Brexit comes into force.

The industry fears that if EU students are suddenly lumped in with non-EU students and charged higher tuition fees, it will discourage them from applying to British universities. They also worry that fewer non-EU students will also apply, put off by the hostile post-Brexit environment, and that the student accommodation sector, which relies on overseas student income, will suffer.

In its submission to the MAC, the BPF warns that classifying overseas students as immigrants would be highly detrimental to the UK economy and calls for all overseas students to be discounted from the target. It cites research from the Higher Educational Policy Institute and Kaplan International Pathways suggesting that international students make an annual net contribution to the UK economy of more than £20bn. It adds that this is spread nationwide and underpins the government’s industrial strategy.

“There are world-class universities across the width and breadth of the UK and therefore international students are spending money on accommodation, amenities, transport and off-campus services across the UK,” says Ian Fletcher, director of real estate policy at the BPF.

Aside from the benefits to the UK economy, the purpose-built student accommodation (PBSA) market has flourished thanks to the influx of foreign students demanding high-quality accommodation. This in turn has increased competition among providers, driving up living standards for domestic students and alleviating pressure on the UK housing market, argues Fletcher.

“A PBSA sector that can satisfy student demand ensures students are not forced to move into traditional buy-to-let, family homes after their first year of university,” he explains.

Improved living conditions aren’t the only benefit to domestic students, adds James Pullan, head of student property at Knight Frank and part of the BPF’s working group for the MAC submission.

“Keeping international students in the immigration target will constrain the growth of the higher-education sector, and therefore risk the UK’s pre-eminent place at attracting the brightest and best,” says Fletcher. “It will also, however, mean less investment in facilities that UK students gain from, and be a shot in the foot for our economy, with so many spin-off benefits that flow from having a strong higher-education sector.”

The MAC must report its findings to the Home Office in September. The industry will be waiting with bated breath to find out what its response is and whether international students will be welcome or not.