Housing secretary Robert Jenrick announced a raft of planning reforms to speed up the development of new homes last week, including new permitted development rights (PDRs), a register of brownfield land and a focus on “beautiful” building. 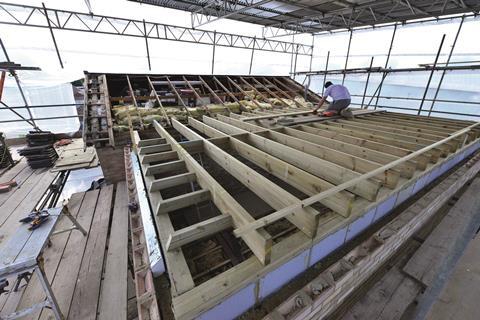 The minister confirmed that this summer, a new PDR will be introduced that will allow developers to add two storeysto housing blocks without planning permission.

The government will also consult on a second new PDR that would allow for the demolition of vacant commercial, industrial and residential buildings on the basis that they would be “replaced with well-designed new residential units that meet natural light standards”.

Commentators believe that taken together with a pledge to release a register of brownfield sites, the moves represent a genuine commitment to encouraging small and medium sized (SME) developers to contribute more to building the homes the country needs.

“New tools to allow brownfield land to be brought forward are a clear demonstration of this goal. These, taken in conjunction with the expansion of permitted development rights, show the government is trying to make it as easy as possible for SMEs to grab opportunities to build, rather than placing continued reliance on the big developers.”

Cooksley says she is surprised by the proposed new PDRs, given the much-reported problems with the quality of some homes that have been developed under office-to-residential PDR.

Organisations representing public sector planners also expressed concern that an extension of PDR would undermine the ability of planning authorities to demand affordable housing and infrastructure contributions from developers.

“We have significant concerns with proposals to extend PDR for upward extensions so that developers can avoid paying what they owe for local infrastructure and affordable homes,” says Mark Crane, lead member for stronger economies at the District Councils’ Network.

Victoria Hills, chief executive of the Royal Town Planning Institute (RTPI), agrees. “The RTPI has longstanding concerns about the extension of PDR, which we feel will encourage a piecemeal, short-term approach,” she says.

“Extended PDRs risk poorly designed and inappropriately located housing and will make it more difficult for communities to have a say on development. It will also result in diminished developer contributions through application fees, which go towards affordable housing and infrastructure.”

The impact on other land uses is another planning concern, according to Stuart Baillie, head of planning at Knight Frank. “The key focus was on housing supply, almost to the exclusion of other land uses,” he says.

“The changes to PDR potentially fly in the face of other planning policies for the protection of industrial land and will need to be carefully managed to ensure quality and affordable provisions are maintained.”

Hew Edgar, head of UK government relations and city strategy at RICS, highlights the environmental impact of giving developers carte blanche to demolish existing buildings. He argues that the carbon emissions involved in building new structures, not least from concrete and steel, outweigh the embodied carbon in existing structures.

“It is bizarre, given their net-zero commitment, that the government is proposing to make it easier to demolish existing buildings, rather than retrofitting them with the latest technology,” says Edgar. “It isn’t green or sustainable for our planet and ministers have been repeatedly told that.”