Just over six months into his role as GSA’s managing director of UK and Ireland, Nick Richards has revealed his intention to dramatically increase the size of the company’s portfolio. 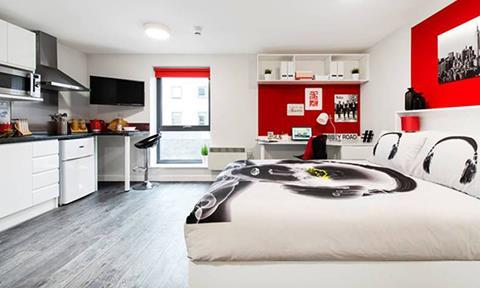 Under the plans, the company, which currently operates a 9,000-bed portfolio in the UK and Ireland and has a further 4,000 beds in development, would have 25,000 beds in its portfolio by 2025.

So how does Richards plan to achieve his ambitious target?

Richards joined GSA in 2016 from Unite, where he was group finance director, but it wasn’t until the following October, when GSA created autonomous management teams to run each country’s operations, that he was able to set the wheels in motion to expand the UK and Ireland business.

Since then, GSA has already built up the portfolio significantly to reach the 13,000-bed projects in operation and development today.

“Since we’ve been a separate business unit, we have secured just under 2,500 beds,” he says. “As an individual business, we have the ability to move quickly and it shows you what we can do with a team dedicated to driving forward a region.”

Richards plans to reach his target through a combination of new development – 11 schemes are under construction – and property acquisition. Over the next couple of years, GSA wants to enter four new markets – Cambridge, Exeter, Bournemouth and Cork – while expanding its presence in its existing markets. 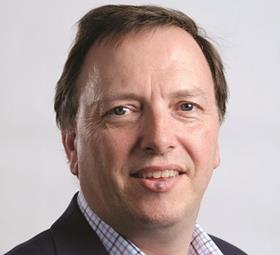 One of the key cities GSA wants to grow its presence in is London. The company already has two schemes in the capital and Richards sees plenty of scope for more.

But in light of proposals in this year’s London Plan, which will force developers to provide 35% affordable housing and partner with universities to gain planning permission for new schemes, development is set to become more challenging in the capital. Richards is therefore looking to explore creative ways to develop new schemes.

“We want to look at ways to open up this market and explore what impact the London Plan will have on how we operate in London,” says Richards.

“We want to look at ways to open up this market”

“Purpose-built student accommodation is quite different and niche,” he says. “When you know someone and you know they have been successful, they know a lot of universities and have good relationships, that’s worth a lot.”

Aside from acquisitions and new developments, GSA is working on other projects to expand the business and raise GSA’s profile. Richards is keen to harness the power of the firm’s three brands: The Student Housing Company in the UK; Uninest in Ireland and other countries such as Germany and Dubai; and Nexo Residencias in Spain.

“Our students are part of the GSA family,” Richards says. “If they want to go travelling and stay in one of our buildings in a different country, we would like to make that happen.”

Student micro-living is a concept that particularly excites Richards and his team. “GSA has just opened a new scheme in Japan where it is trialling a new layout of compact bedrooms and large communal spaces,” he says, adding that although the team has no immediate plans to adopt student micro-living in the UK, it is keen to draw influences from the room design for future projects.

Clearly there are challenges ahead, but with his team in place, and more than 2,000 beds already in the bag, there is no reason GSA won’t make the grade.