Hackney council is exploring an alternative employment-led proposal for the Bishopsgate Goodsyard site in Shoreditch. 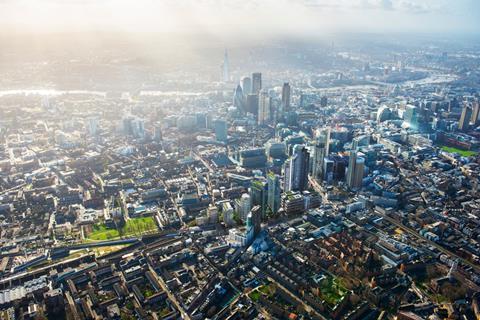 Hackney council is exploring the possibility of creating a global tech cluster on the Bishopsgate Goodsyard as an alternative to the controversial residential tower scheme proposed for the site.

Joint developers Ballymore and Hammerson submitted plans in July for an £800m development on the 1.6-acre site around Shoreditch High Street station, which comprises 1,464 homes, up to 594,000 sq ft of office space and 215,000 sq ft of retail space.

But the scheme is facing fierce opposition from campaigners who object to the height of the proposed seven towers, which include two towers of 181m and 161m - similar in height to Tower 42 and the Walkie Talkie in the City.

Hackney and Tower Hamlets councils, the joint planning authorities, have yet to give their verdict on the scheme, but Jules Pipe, the mayor of Hackney, said it was “completely unsuitable for this part of Shoreditch”.

He added: “The towers are on a vast scale and would damage the whole local environment. The housing provided would be luxury accommodation, to be bought mostly by overseas investors, and would do nothing to alleviate London’s housing crisis. The scheme does not provide enough, or the right kind of, employment space.”

Now it has emerged that Hackney council has commissioned a study to develop plans for an alternative employment-led scheme for the site. The study, undertaken by Lambert Smith Hampton and a range of consultants, including global design practice Gensler, was submitted to the council last year.

Speaking to Property Week, Ian Mulcahey and Duncan Swinhoe, managing directors in Gensler’s London office, said the study focused on how the site could be used to boost Shoreditch’s thriving TMT sector.

“It was about how that community can expand and what types of amenities and workspace might be needed in order for it to take that next step to become a global cluster point for tech and innovation, as we’ve seen in San Francisco and increasingly in New York,” said Swinhoe.

The alternative scheme would still be mixed-use, with retail and residential elements, the pair said, but it would provide more employment space, including more space for SMEs. They declined to give details on the amount of commercial space or residential units proposed, saying that was for Hackney council to share. They said only that the “total quantum is not dissimilar [to the current proposals], it’s just the balance of mix has changed slightly”.

Hackney commissioned the study because when the initial planning guidance (IPG) was approved in 2010, an employment-led scheme was not considered viable, Mulcahey said. “When the IPG was done, the area was seen as a marginal employment location and a popular residential location,” he said. “But the reality is that over the last five to six years, that’s really changed. The employment growth in the Shoreditch area has been unbelievable.

“Back in 2009 when the IPG was put together, I don’t think anyone, even with the best will in the world, could see the emergence of that part of London as being home to this major economic growth sector both for London and the broader economy.

“The rents that have been achieved for employment space in that area are unbelievable, so the market has moved past the planning guidance. So the question was: is it viable to shift the balance of the mix? It’s still mixed use, still got residential and commercial and retail, but to shift the mix to be more employment focused because of its strategic location rather than residential focused.

“For us it was about can you increase the amount of employment space and maintain the viability. And we were able to demonstrate that you could and it didn’t have to be skewed necessarily in favour of residential to make it viable.”

“The question was whether an employment-led scheme would produce returns that a typical developer would see as viable in terms of profit and return on investments - and the study showed it would.”

Ballymore and Hammerson have argued that a residential-led scheme addresses London’s housing needs, while the height of their proposed scheme is determined by the numerous constraints on the site, which mean that piles can be put down on just 30% of the site.

But Mulcahey and Swinhoe said there were engineering solutions to the challenges that would allow for larger floorplate commercial buildings to be built across the site.

“Notwithstanding the planning battles over the years, one of the problems with the site has been those infrastructure hurdles. In a slightly less buoyant market, that site is a tough one to bring forward and hence it keeps missing those development cycles.

“The challenge is to hit the cycle at the point where the development values you can achieve pay for the infrastructure costs.  That’s the challenge - timing, rather than technical hurdles, which can all be overcome.”

It is not clear what Hackney plans to do with the study - the council declined to comment this week - but Hammerson and Ballymore are already revising their plans for the commercial element of their scheme to include more space for SMEs and startups. Whether that will be enough to convince the council of the merits of the scheme remains to be seen.