The future of London’s biggest public-private regeneration project was thrown into doubt last week when Haringey council leader Claire Kober announced she was stepping down. 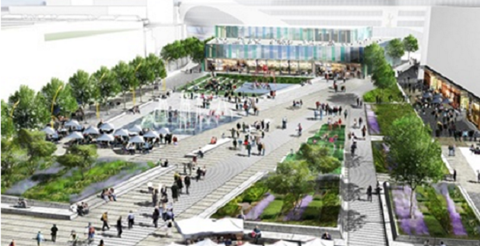 Will Lendlease’s plans for Haringey ever become a reality?

Kober said she would leave her successor to decide on whether to approve the Haringey Development Vehicle (HDV) – a £2bn joint venture first mooted in 2015 to develop 6,400 new homes over a 15-year period.

The private partner, Lendlease, says it remains “committed” to the project but in the face of fierce local opposition and a purge of the Labour councillors sympathetic to the project, it looks increasingly unlikely that it will go ahead as planned.

So how did things get so bad and where does Haringey go from here?

Since 2010, Haringey’s budget has been cut by £160m – or 40%. The HDV was meant to come to the council’s rescue. The council expected to generate development returns of £275m on the deal to fund public services and extra housing. Commercial returns and section 106 cash were expected to add another £37.7m and the jobs created to generate £13m in tax revenue.

However, concerns were raised in a council review, published in January last year, which questioned whether sufficient resources were being committed to the project, and called for a rethink.

Opposition grew when Lendlease was selected as the private partner a month later. The developer had been responsible for regenerating the Heygate Estate in Southwark, where it had come under fire for replacing 1,194 social rented homes with 198 at affordable rent, 316 shared ownership homes and just 82 homes for social rent.

Haringey is the 13th-poorest borough in the UK so social housing is a critical issue. As part of the plans for the HDV, social housing on some of the borough’s estates would be demolished.

While all social tenants were told they would be rehoused, no firm commitments were given regarding the number of homes that would be built for social rent, with the council instead committing to 40% of all new homes being ‘affordable’.

This failed to impress local Labour MPs David Lammy and Catherine West, who both publicly criticised the HDV last summer. London mayor Sadiq Khan also distanced himself from the project. “It’s complicated,” a GLA insider said at the time, explaining the mayor’s reluctance to get involved. “The plans involved moving people out of the rich part of the borough.”

Soon after, a bid for a judicial review was launched against the HDV by campaigners and in November, Labour councillors supporting the scheme were deselected from the list of candidates for this May’s local government elections by local Labour party members following a campaign by left-wing group Momentum. 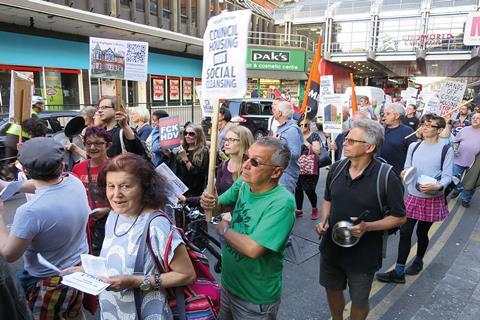 Another blow to the HDV came last month when the Labour Party’s National Executive Council intervened and called for the project to be put on hold.

In response, 71 council leaders slammed the move as an “affront” to local democracy, but the show of support for Kober wasn’t enough to persuade her to stay.

After her resignation, Khan issued a statement that praised Kober’s success in turning around the council but made no mention of the HDV.

“We have had an excellent relationship and achieved a great deal for London over the last two years,” he said. “I wish her all the best in the future.”

Jonathan Bull-Diamond, senior director at GVA Investment Partnerships, was the lead adviser to the council from the start of the project. He argues that the project was misrepresented to local people by critics.

“We had to make sure we followed due process. There were checks and balances so the JV didn’t just deliver on the easy sites, bulldoze through everything and then leave,” he says. “There had to be some market-facing housing for which there is a need.”

Chris Wood, group director of housing consultancy Altair, doesn’t blame the council for the potential derailment of the project. He points the finger at Momentum.

“It’s a real tragedy,” he says. “Claire was well regarded in local government. It’s the rise of Momentum and a prevailing view that private is bad and public is good.”

Now Kober has stepped down, the whole project hangs in the balance. Crucially, nothing has been signed so a new administration could walk away. If the new council elected in May is Momentum biased, the HDV will be “dead in the water”, says Wood, warning that reverberations could be felt across the capital.

A timeline of the Haringey Development Vehicle…so far

“Haringey always had a reputation as a ‘municipalist’ administration. Developers will avoid opportunities in Haringey or be cautious,” he elaborates. “The other issue is after May what happens if Momentum is in other London boroughs?” he says.

However, Lendlease says it is still hopeful of a positive outcome. “Lendlease remains committed to the people of Haringey and helping deliver the new homes, infrastructure and community facilities that everyone agrees are much needed,” says a spokeswoman. “We stand ready to discuss further the best potential way to do this.”

Kober urges her successor not to let the opportunity to regenerate Haringey slip. “I hope that a new leadership in Haringey will look at the facts before them, be open-minded about how best to solve the challenges they face and think about the people they serve as much as the party to which they belong.

“Sitting on our hands achieves nothing and is the course of action for which homeless families would pay the worst price of all.”

Meanwhile, she stands by the decision to select Lendlease as the project partner. “It’s well understood that London is in the grip of a housing crisis. Small-scale solutions will not produce enough homes to tackle the crisis. I’m proud that we have procured a well-established private sector partner and I remain convinced of the approach.”

Bull-Diamond says the HDV could live on with scaled-back ambitions: “After a consultation they could re-rank it. Let the JV prove it can improve the lives of local people. Can it be allowed to happen but with some sort of reprioritising with the non-contentious sites?”

The final decision on the future of the HDV won’t be taken until after local government elections on 3 May. In all likelihood, the new administration will then launch a review, so uncertainty is likely to hang over the future of the £2bn project for some time to come.