Housing needs to open its doors to market disruption

Disruption is all around us. 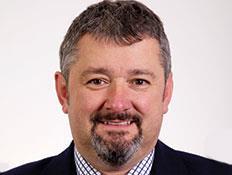 Faster internet speeds and the evolution of smartphones make it possible for people to order practically anything, even while on a train.

Companies such as car-sharing firm Zipcar are poster boys for the sharing economy. As well as stripping people of their fear of kipping in a stranger’s spare room via Airbnb or whacking their credit card details onto the internet to support a Kickstarter project, these young businesses have reset the playing field in various markets.

Housing, sadly, seems stuck in Victorian times. For many, where they live hasn’t really changed in centuries. Literally. Britain remains wedded to its ambitions of ownership at all costs, even if that means taking on decades of debt and living somewhere undesirable just to get on the housing ladder.

Planning regulations designed to ‘control’ rather than ‘enable’ development have stifled innovation and the housing crisis continues to worsen despite new pledges arriving each week from politicians.

Demographic changes have drastically altered the make-up of Britain’s cities. London’s population is growing at the fastest rate since WWII - growing by 108,000 last year alone.

And it’s no surprise that the number of people renting privately - squeezed between social housing and home ownership - has doubled.

The British pension funds, which sold off all their housing 40 years ago when regulations tightened, have been slow to spot this change, preferring to pour their cash into shopping centres. The buy-to-let boom has meant people rent from total strangers, rather than from a recognised branded company.

Unlike Uber or Airbnb, which largely trade off brand standards with transparent reviews and payment guarantees, housing does not conduct itself in a similar way. There’s no such thing as a ‘brand’ in residential, although Essential Living hopes to change this.

Of course, it’s wholly right that Labour wants to target rogue landlords but underfunded councils just can’t cope. The truth is that if we build more and service improves, people will need to up their game.

London mayor Boris Johnson’s 5,000 private-rented homes a year target has also been welcome and many sense that the capital, together with Manchester, may lead a rental renaissance.

To make that stick, we’ll need to design homes differently. Currently, renting from a buy-to-let landlord means living in a building with soulless corridors, no communal spaces and little chance of really getting to know your neighbours. We think there’s great scope to improve the rental market by bringing the sharing economy into buildings we design and manage ourselves.

Because we’re a landlord as well as a developer, our focus is on the long-term. This means ensuring tenants stay for as long as possible. That’s more likely to happen if they have friends living upstairs or next door. The whole experience of urban living can be vastly enhanced if you are able to invite friends over for a dinner party — even if you’re renting a studio flat.

The idea that your home begins at the door of the building, not the door of your flat, is novel. But it requires some flexibility and some trust from planners. For instance, rules often dictate that we need to build balconies set back into flats - reducing sunlight - even over busy roads. Common sense tells you many people would chose to have a roof garden or family play area they can relax in rather than be crammed into a tiny space which, let’s face it, will be rained on much of the year.

By turning the top floors of our buildings into amenity decks — where people can relax, work or play — the ‘wow’ factor of great views can be shared rather than turned into penthouses. It may sound perverse to not use the most valuable bit of the building but by letting everyone use it, a tiny bit of that value can be added to everyone’s home.

As a long-term owner of buildings, it makes sense.

The democratic sharing of space also changes the nature of renting from a tenure of supposed last resort to a genuine lifestyle choice. Yes, you pay rent, but in return you get a brand behind you with the intention of cutting out all of the traditional hassles associated with renting.

We need councils to share some of this vision. We want them to see the potential of ushering in this market disruption and with it, the chance for innovative design to flourish and better quality housing to emerge.