How can developers make London schemes viable without eroding quality?

Since our earliest ancestors chose the best plot, with the finest views, on which to build their huts, demand for land has been predicated on location. 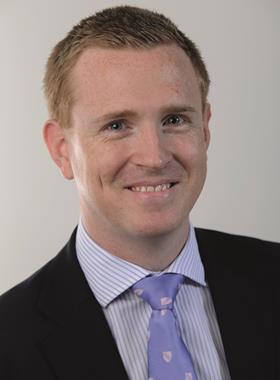 The location of choice for many buyers today is London but, with a well-documented shortage of housing supply, emphasis is increasingly being placed on the creation of new places to facilitate growth and generate the additional stock required.

While the significance of location has not diminished completely, ongoing improvements to infrastructure through initiatives such as Crossrail have expanded the capital, providing opportunities for large-scale regeneration and placemaking in areas that have traditionally been inaccessible. With developers under growing pressure to generate housing stock for Londoners, the focus is increasingly on east London and its greater supply of land, relative to the west.

One of the major issues faced by developers today is viability: how can housebuilders afford to pay for increasingly expensive land and construction costs, yet still deliver on architecture, massing and scale, without eroding quality?

If quality schemes are to be delivered at the rate and size they are required, a balance between meeting the accommodation requirements of the occupier and the financial needs of the developer must be achieved if we are to reduce London’s housing gap.

The answer to achieving viability appears simple enough: know what the purchaser wants and optimise accordingly. However, with planning controls being highly prescriptive on fundamental factors such as unit size, mix and tenure, delivering on this can be extremely challenging. Coupled with growing build costs, there is a risk that developers are forced to cut back for the sake of margin, yet these qualitative areas are what preserve the long-term value of housing.

So, what are the answers? First, it is vital planning authorities provide a realistic framework for development across London’s rich tapestry of locations. What works in Eaton Square is unlikely to meet the needs in Canada Square, and the speed at which buyer demands change in London allows for limited flexibility.

It is also helpful to highlight the long-term value of successful placemaking in London: transforming pockets of space into premier locations by integrating transport links, fit-for-purpose affordable housing, attractive residential offerings and quality facilities to create destinations where people will want to live.

Despite the challenges of planning structures, there have been notable achievements in east London, where developers are creating exceptional places by reviving communities, delivering significant housing stock and generating economic growth in areas that were previously redundant.

Key to the success of such development is significant investment in the public realm. For example, a combination of residential units, office space, shops and amenities, parks, schools and attractive leisure facilities are being built at both Royal Wharf and Royal Arsenal Riverside, creating vibrant new neighbourhoods in locations that were previously uninhabitable.

In addition, good transport links and accessibility have been considered; each scheme will have its own DLR station and will be plugged in to Crossrail from 2018. High-quality and well-designed private, shared-ownership and affordable homes are being built on a large scale, with an emphasis on sustainability.

Successfully integrating these fundamental elements has given buyers faith that they are investing in a location that will continue to thrive, endure and offer long-term prospects, and that is what creates viability.