Industry experts have questioned key findings of a government-commissioned report published last week that sets out proposals to solve the housing crisis. 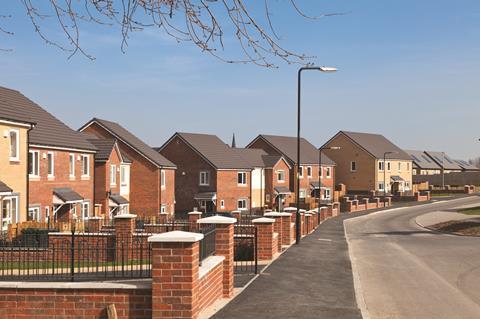 Proposals in the Housing Sprint: Solving the Housing Crisis report by the University of Oxford’s Saïd Business School and sponsored by Argent, Berkeley Group and Clarion Housing Group, include reviewing Section 106 and CIL payments and unlocking up to 3% of the green belt for housing development.

The report’s main proposal is for government to set up a Housing Advisory Committee (HAC) of experts to assess policy and present a “menu of options” to ministers. While some in the industry like the idea, some have questioned how effective such a committee would be, or whether government would be willing to set one up at all.

The report suggests the committee should be established for a starting period of 12 years so that it outlasts two full parliaments. Apache Capital managing director Richard Jackson is supportive. He tells Property Week that “the need to take politics out of housing and look beyond the five-year shelf-life of governments is crystal clear”.

“Only by working collaboratively across party lines can we solve some of the big societal problems we face around building infrastructure, housing and delivering social care,” he says.

No politician wants to create a long-term body they can’t control.

In his column this week, Argent co-founder Peter Freeman, who chaired Housing Sprint’s steering committee, writes: “The deep knowledge of an HAC could, I believe, be the best way for the Sprint’s many suggestions to be rigorously tested and then, if they pass the test, promoted by government as long-term policies.”

Freeman says a committee appointed and funded by government is very likely to command its attention.

“This is what we mean by ‘speaks with authority’,” he says. “Our concern is that without such a committee, government finds it hard to address the dozens of reports it receives each year.”

However, Irwin Mitchell partner Carl Dyer questions how effective such a committee would be. “It is suggested that [the committee] will ‘speak with the authority needed to encourage change’, but there is no indication of how it will do so,” he tells Property Week.

Great Marlborough Estates co-founder Dean Clifford is sceptical about whether politicians, who are more concerned with re-election than long-term strategy, will support the creation of an independent body.

“Politicians look at life in political cycles: there are numerous reshuffles, changes of parliament and of political parties. Nobody wants to create something permanent – a long-term body they can’t control.”

Dyer adds that the report passes the buck to the notional HAC on major issues rather than coming up with solutions to them.

“The development industry is well aware that the principal obstruction to housing provision is our archaic planning system, but this report has no revolutionary ideas on how to change it,” he argues.

“Many important issues are listed – for example land value capture and the use of CPOs – but how to address them is deferred to the HAC.”

Argent’s Freeman says he agrees with this, but adds: “Government is more likely to deal with these issues incrementally and the HAC would be an effective way to create the optimum package of reforms.

“By forming an HAC, a longer-term institutional memory and approach is created. It is an immediate win for the government announcing it and a long-term win for the country,” he argues.

The report says the country will need six million new homes by 2020 at an estimated cost of £2trn. Clearly the government needs to take action to hit that target, either via an HAC or otherwise