The announcement by the Ministry of Housing, Communities and Local Government last week that former minister Sir Oliver Letwin will lead a review into “why hundreds of thousands of homes haven’t been built, despite having planning permission” was met with a lukewarm response from the industry. 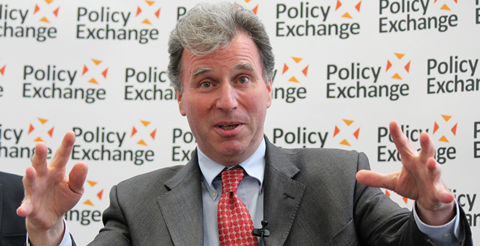 Ian Fletcher, the British Property Federation’s director of policy (real estate), says: “The reaction from the sector was ‘here we go again’.”

The review was trailed by chancellor Philip Hammond in last November’s budget. It follows a number of other reviews on the issue including an Office of Fair Trading investigation in 2008 that cleared the industry of excessive land banking and the 2004 housing review by former Bank of England economist Kate Barker, which concluded land availability was the biggest issue.

So why has the government commissioned another review and what is the likely outcome?

Hugh Ellis, head of policy at the Town and Country Planning Association, dismisses the review as a “red herring”. He claims ministers are getting excuses in early for their failure to deliver the 300,000 new homes a year targeted by Hammond in the Budget and to take forward the white paper unveiled by then-housing minister Gavin Barwell in February last year.

“This is Treasury-driven. The government’s position is that planning is in the way,” he says. “But they have massively de-regulated the planning system and there’s still a huge gap on delivery. So what do you do now?

“Government is worried. Most local authorities don’t have two sticks to rub together. Development planning has been downgraded. The housing white paper said local authorities should be punished but the public sector has no power to ensure build-out. The only thing they could do is compulsory purchase but with what money?”

Clues to the likely conclusions of the review come from the panel’s membership. Two panellists have been heavily critical of Whitehall departments for not releasing land, which policy experts said indicated that they would be sympathetic to the industry and critical of government.

Letwin himself highlighted his battles over land release with the Ministry of Defence (MoD) in a memoir published last year. And another member of the review panel, Richard Ehrman, is former deputy chairman of the Policy Exchange think tank, which argued ahead of the Budget that “disused military bases can form the kernel of new garden towns and villages”.

Senior industry figures are confident that the review will find little evidence of land banking by housebuilders.

Alan Brown, chief executive of Cala Group, says housebuilders have no reason to sit on land that has planning permission in place and that the government’s focus should be on cutting the time it takes to process planning applications.

But there is concern that the review will take ministerial focus away from more pressing work to deliver badly-needed homes.

“[The review] will rake over old ground,” says Fletcher. “Our fear is that it will take attention from a white paper that needs to be delivered. My concern is that this is a distraction from government.”