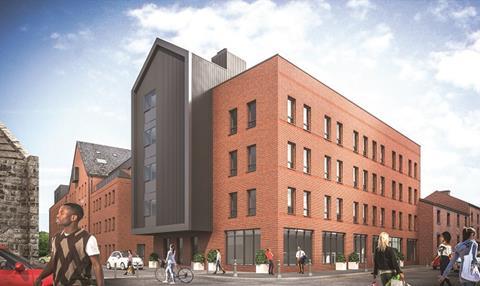 A key focus has been getting the public, private and housing association sectors to work better together, which has largely been the role of Homes England, the rebranded Homes and Communities Agency.

In June, Homes England announced that it was negotiating a ‘framework agreement’ for a major housing association to provide equity and debt funding. This comes off the back of another joint venture with Kier Living and Cross Keys to deliver more than 5,000 homes, with Homes England again providing finance.

Partnerships like this will be crucial to delivering genuinely affordable homes, argues Nick Riley, board director at Whittam Cox Architects, which is co-sponsor of Property Week’s Joint Victories awards, celebrating the very best examples of collaboration in housing.

“Over one third of the homes are affordable, charged at submarket rents aimed at people earning £25,000 or less, and this was all achieved without public grant or subsidy – a fantastic result,” says Riley, who is also working with Sheffield City Council and Urban Splash on the Park Hill regeneration.

Yet arguably the bigger prize for the private sector isn’t public money but public land. The coalition government released enough plots to deliver more than 100,000 homes, mostly from the Ministry of Defence estate.

But rather than selling off sites, a growing number of people across industry and government think public bodies should instead retain their land and look to generate long-term income streams from their holdings, for example by partnering with build-to-rent investors.

“It would clearly be beneficial for all sides,” suggests Richard Jackson, co-founder and managing director at Apache Capital Partners, a JV partner to BTR developer Moda.

Clearly the same obstacles about defining ‘best value’ and potentially upsetting politicians or voters remain, but others are ploughing on with BTR: Transport for London recently announced it wanted to be the capital’s largest BTR landlord.

The pair’s Opal Land joint venture builds homes for private sale and Thames Valley reinvests the profits into charitable activities. “Partnerships like these allow us to enter new markets while better managing our exposure and risk, and enabling us to still focus on our core mission: delivering affordable homes,” says Rawal.

Even within the private sector, companies are looking to take an increasingly collaborative approach to how they operate, as the explosive growth of co-working has proven. Yet this kind of thinking is also happening at a higher level and many firms are now looking outside their industries for prospective partners, as Moda and Uber did in the first partnership of its kind in the UK.

“From day one, we’ve been thinking about the customer and their needs, and that means not just considering what they do in their apartments but how they live life more generally, which is why we had the conversation with Uber,” says Johnny Caddick, managing director at Moda.

Moda itself is a partnership between two Yorkshire family-run developers, and in a joint venture with Apache Capital Partners. The pair are delivering more than 6,000 BTR homes across England and Scotland.

“Due to our long-established commitment to this sector to deliver high-quality housing and Moda’s planning and development expertise, the team has received phenomenal support from councils and has secured detailed planning consent in an average period of 10 months per site,” adds Apache’s Jackson.

Asked what makes partnerships viable, Sky Mapson of development finance provider Maslow Capital, which has financed projects such as Steele City in Sheffield and Hythe Mills in Essex, and is the other co-sponsor of the Joint Victories awards, says much the same.

“It requires trust, transparency and the ability to take a long-term view and tough it out if need be,” he concludes.

Have you been involved in a public-private, residential-led joint venture that you think is truly ground-breaking? Do you know of a scheme that fits the bill and has really raised the bar in terms of what a public-private partnership can achieve?

Get entering now at: www.resiconf.com/resiconvention2018/en/page/joint-victories