International student volumes and mental health and wellbeing were among the most-discussed topics when the student accommodation sector came together at the close of a rollercoaster year for the annual Student Accommodation Conference and Awards last week. 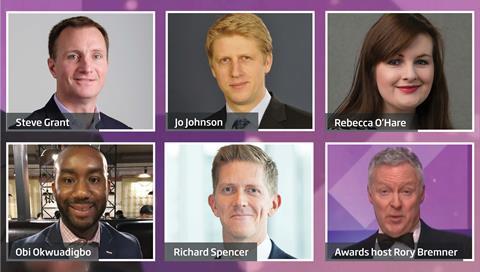 The one-day virtual event on 9 December saw top-level people from across the sector speak about the impact of Covid-19 on the 2020/21 academic year and where they think the sector is headed in the coming months and years.

Here are five key takeaways from the event:

Speakers throughout the day discussed the impact the isolation brought about by Covid-19 had had on students and what they have done to try and combat this.

“We have certainly seen year-on-year an increase in students who disclose to us that they have some form of mental health difficulties,” said Obi Okwuadigbo, managing director of Futurelets. “Our institution has launched various different programmes to help support students.”

Rebecca O’Hare, assistant director of the residence life and accommodation office at the University of Leeds, said the pandemic had accentuated the issues students would normally have and sparked new anxieties.

“We still have the same issues we see every year: homesickness, students with diagnosed mental health issues or self-diagnosing, cultural issues,” she said.

“But on top of that, because of Covid-19, we now are seeing a whole different level of anxiety around food, and a fear of potentially catching it because their flatmates – or other people who are surrounding them – are not adhering to the guidelines.”

Michael Akin, chief executive of US operator LINK Strategic Partners, said the business was planning to support students in the long term, having observed detrimental shifts in their behaviour.

“With no judgement attached to this, we’ve seen in surveys increases in substance use, increases in alcohol use, increases in consumption of chocolate, but also pornography,” he said. “That’s going to cause some very interesting long-term effects that we’ll think through from a socialisation standpoint.

“All those things happening at once during a time of great isolation, when we might not have the level of interaction with our students we did before this, has been something we’re going to look at long term.”

Covid-19 and Brexit are of concern to PBSA operators in particular, because of their exposure to the international student market.

Asked what impact Brexit could have on the inflow of EU students, former universities minister and TES non-executive chairman Jo Johnson said: “I’ve always been a bit of an optimist on this one.

“In fact, it was the making of the sector in many ways because it forced universities to go out there and advertise the brilliant education that’s on offer here in the UK.

Future of the campus

Universities across the UK and further afield quickly pivoted to online teaching this year, which has raised questions about what the future holds for university campuses and student accommodation. Will they be needed if everyone can just complete their courses remotely?

Vice-chancellor and principal of the University of Birmingham Sir David Eastwood said in a keynote session that the same question had arisen when the internet came to the fore in the 1990s and that student accommodation had prevailed for a number of reasons.

“Universities are, of course, places of discovery and learning, but they are also places of social interaction. The fact that we are exploring new technologies of learning and instruction doesn’t vitiate all the powerful attractions of the residential university.”

Johnson predicted that some international students would opt to complete courses remotely instead of travelling to the UK, but that these would be in addition to the students who want to physically study in the UK.

He added that in the longer term, the new ways of remote learning could lead to “an overall expansion of UK higher education as it reaches students around the world who are satisfied just with that element of the bundle”.

He continued: “That may mean reaching down the income groups to categories of future learners who wouldn’t have been able to experience the full-fat, face-to-face, immersive environment that comes with multi-year study overseas in a western country such as the UK.”

The PBSA sector needs to diversify its product offering and price points as it evolves, according to speakers at the conference.

“We need to drive the affordability and attractiveness of the sector to domestic students,” he said. “There are going to be up to 400,000 more domestic students in higher education by 2030. We need to come up with a product or service proposition that works for them.”

Conference chair Paddy Jackman, consultant at Jackman Education Solutions, welcomed the discussion around affordability. “To hear that being raised within the private sector and to hear it recognising this as an issue is a key part of where our sector needs to go.”

A session on students’ decision-making also heard that some residents already in accommodation would like to see rent cuts because of Covid-19. One student said: “A lot of the services have been downgraded this year, which is kind of annoying when you’re paying the same amount. For example, I’m in catered accommodation. The food quality has gone down and it would be nice to see that return.”

The day finished with an entertainment-packed awards ceremony, hosted by impressionist Rory Bremner. Savills, Pinsent Masons and Global Student Accommodation were among those recognised for their contributions to the sector in the past year.

Accepting her award, Tressler said: “For me, the stars of the sector are our accommodation sector partners and the Student Minds team. It’s been a hard year, but I am really blown away by how much mental health and wellbeing have been considered along the way and how much there’s been focus on staff wellbeing as well as students.

“Compassion and wellbeing have been prioritised in a lot of really difficult decision-making.”

See the full list of winners from the Student Accommodation Awards