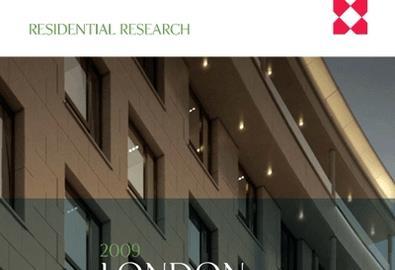 Increasing investor interest in new build stock in prime London suggests that this market may be flattening out, according to Knight Frank’s latest London residential development review.

With prices for some new properties falling by as much as 40%, yields of over 10% are possible.

Considering that returns for rental property have rarely topped 3-4% over recent years, rents that amount to a tenth of purchase price per annum are proving very attractive.Low savings rates make returns of this level seem even more appealing, particularly as many landlords have seen their financing costs fall dramatically as a result of recent base rate cuts.

Jon Neale, head of development research at Knight Frank, said: 'Over recent years, investors in rental property have relied on increases in house prices to justify their purchases. Now, however, it is beginning to make more sense to invest in housing for the rental returns alone – particularly as so many other investments are performing so poorly.

'Unsurprisingly, there is increasing interest from investors in smaller stock, particularly well-located one and two bedroom flats. Although rents have fallen across the capital, the drop has been less pronounced for the lower end of the prime London market.'

The land market is also beginning to appear good value, particularly for those with access to finance. In some locations, prices have fallen by up to 70%, although 30%-50% is more typical. Given the problems in the mortgage market, many developers are considering the option of ‘build-to-let’ – developing homes which they hold and let out – given the potential returns available.

Meanwhile, supply in the prime and particularly super-prime sectors remains highly constrained. Lower prices and the falling pound have prompted interest from foreign buyers, some of whom are seeing 50% reductions on some of London’s best houses if priced in their own currency.

Neale said: 'Clearly, reduced bonus levels among City employees will dampen demand in this market. However, supply in super-prime London is highly constrained, and remains popular among international buyers.

'Consequently, this market is likely to escape the worst of the falls and will be the first market to recover, returning to recent peak levels in 2013.'