London housing out of reach of many on modest incomes

London housing is close to becoming almost completely unaffordable for key workers and other people on modest incomes making it more difficult for businesses to retain and recruit staff, a wide-ranging report has warned. 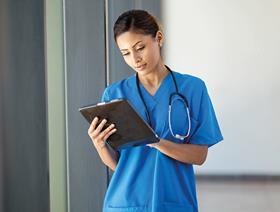 The report by think tank the Centre for London examined the impact of rising house prices on modest-income earners - with a focus on six representative middle-income-earning households (see box below).

The report focused on four boroughs that represent a cross section of the London market - Haringey, Enfield, Barking & Dagenham and Kensington & Chelsea. It found that, based on present trends, the representative senior nurse and teacher households would be unable to afford to buy within two years in the four boroughs while an electrician would only be able to afford to buy in Barking & Dagenham and Enfield.

Only the doctor, solicitor and journalist households can now afford to buy in Haringey, but on current trends they would be priced out of the market next year.

The report warned London was facing a “hollowing out” of modest earners and that the cost of housing was now making it increasingly challenging for employers to retain and recruit staff in the capital.

The Centre for London said intermediate housing - that is submarket housing catering to people on modest incomes - could help to ease London’s housing crisis, but currently only amounted to less than 2% of housing stock in the capital.

Westminster, for example, has 1,600 intermediate homes compared with more than 27,000 social rented homes.

Centre for London director Ben Rogers called for councils and housing associations to work with developers, employers and lenders to increase the supply of housing - both for sale and rent - that is affordable to Londoners on modest incomes.

Rogers said that the subsidies required for intermediate housing tended to be comparatively small, and an increased supply could help London to create mixed-income, resilient and successful communities. “More needs to be done to help London’s modest earners to find decent and secure homes in the city,” he said. “Failure to provide affordable homes for modest earners will create a hollow city, with only the richest and the poorest of our society able to live in the centre.”

“In the debate about how we’re going to house the poorest in our city and how we’re going to deal with the impact on the market of those buying property at the top end of the scale, it’s easy to forget about the people in the middle - the huge, largely unidentified group of people who earn ‘decent’ incomes but who are still challenged by the crazy house prices the property market in London dictates,” he said.

“This group makes up the lion’s share of London’s workers and London’s voters - a group we should all be listening to.”

Marianne Fallon, head of people at KPMG, said: “We believe that decisive action needs to be taken on the issue of housing affordability.

“As a large employer we recognise the impact this situation has on our staff as well as our communities.

“For those who are struggling to afford a home, the impact is huge, not just affecting them in the here and now, but also potentially affecting their families’ social mobility for generations - it’s time for that to change.”

Priced out of London? Six modest-income households facing the strain